The Peninsula it is necessary to provide high-quality, virus-free planting material seedlings of fruit, berry and grapes, said the first Deputy Minister of agriculture of the Crimea Nikolay Polyushkin. 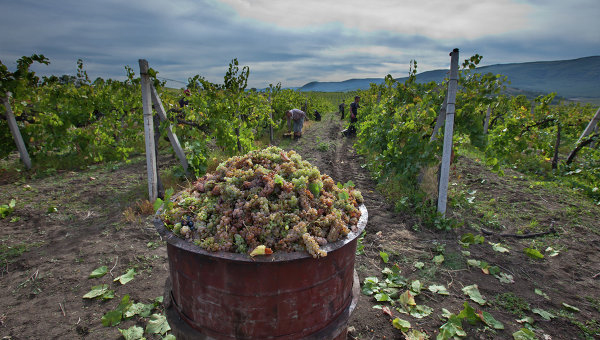 SIMFEROPL, 6 Nov. Crimea in the framework of import substitution will begin to create breeding and genetic centres and nurseries for growing seedlings of grapes, said the first Deputy Minister of agriculture of the Republic Nikolai Polyushkin.

“For 2016 it is planned financial support for the development of breeding and genetic centres and nursery farms”, — said Polyushkin journalists.

The Deputy Minister said that the authorities have already tasked the Institute of vine and wine “Magarach” and the Nikitsky Botanical garden to solve the problem of security of the Crimea, a high-quality, virus-free planting material seedlings of fruit, berry and grape.

In particular, the Botanical garden had obtained the grant, and “Magarach” engaged in the exploration of the ground anchor, where to place the kennels that will meet all European standards.

Thus Polyushkin believes that to solve the problem of import substitution of grape seedlings will require substantial resources and not less than four years. According to him, earlier in the Crimea there was a whole industry on selection of the grape seedlings, which were supplied to foreign markets, but then it fell into disrepair.

“We have only two or three nurseries that are full are not able to provide all of our needs in high-quality, virus-free planting material of grapes, so they were bought in Italy, France, Germany, Austria. Now this feature almost disappeared,” — said Polyushkin.