State Duma deputies are sure that Rosaviatsia and the interstate aviation Committee will be able to come to a compromise on the question of maintenance of Boeing 737. 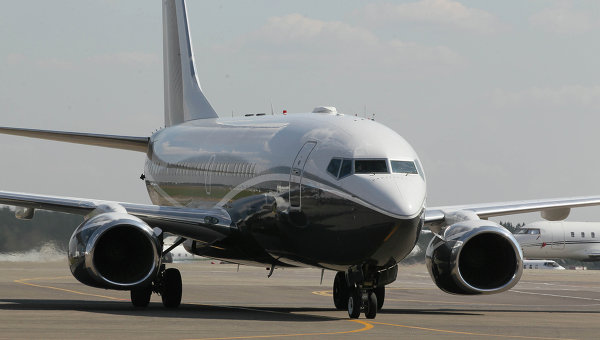 MOSCOW, 6 Nov. Rosaviatsia and the interstate aviation Committee (POPPY) will reach compromise on the issue of the certificates for the Boeing 737, the terms of cooperation of the Russian Federation with this international organization is unlikely to need to change in the legislative plan, according to deputies of the state Duma.

MAC on Thursday announced that it has suspended the type certificate for the Boeing 737 prior to the receipt of a joint notice to the Federal air transport Agency and the U.S. FAA that these aircraft are in a condition that ensures their safe operation. After received email letters of Rosaviation Committee on Friday will hold a meeting on the safety of this aircraft type.

MAC certifies in Russia, the new types of vessels, and then the Federal air transport Agency allows the airlines to operate these aircraft. Senior Executive of a major Russian airline in an interview with the newspaper “Vedomosti” suggested that if the MAC will insist on banning the operation of these aircraft in Russia, “the passage of the solution through the Rosaviation will last a long time, during this time, the state Duma, enough to change the Air code of the Russian Federation and to refuse the services of the Mac”.

First Deputy Chairman of state Duma Committee on industry Vladimir Gutenev (“United Russia”) believes that any transformation in the interaction between the MAC and the Russian Federation should not be.

“This is a very important and necessary organ. Talking about any transformation of this body, I am sure, is not. It is only on the current realization of state policy in the field of safety. I think there is a very important dialogue, which along with regulatory bodies would be involved and the expert community, and the main carriers. For us it is extremely important to preserve a competitive environment among the items of aircraft, and among carriers,” — said Gutenev.

First Deputy Chairman of state Duma Committee on transport Mikhail Bryachak (Fair Russia) hopes that the representatives of Federal air transport Agency and the IAC at the meeting on Friday will resolve the situation.

“I don’t think we have Mac and there are disagreements that cannot be resolved. I am convinced that today and IAC representatives, and representatives of the Federal air transport Agency sort out what technological and organizational misunderstandings arose. I only misunderstandings can write off the situation. I’m sure it will be resolved,” he said.

In turn, first Deputy Chairman of state Duma Committee on transport Vitaly Efimov (“United Russia”) believes that the Agency should become a single body composed of the Ministry of transport of the Russian Federation, which would be engaged in normative documentation, and monitored the safety of the aircraft.

“MAC played a huge role and continues to play. But I advocate that the Federal air transport Agency have transferred all rights that it was a single body consisting of the Ministry of transport, as in the USA, Germany and other countries. To meet for what should be the normative documents, what should be the regulatory framework, to control, to have all the aerodromes field inspectors, who monitored implementation of provisions related to the crews, with the equipment,” he explained.