The national Bank of Kazakhstan said Thursday that minimizes their participation in the domestic market on 5 November. Average weighted rate of tenge on Friday declined to 307,53 tenge per dollar. 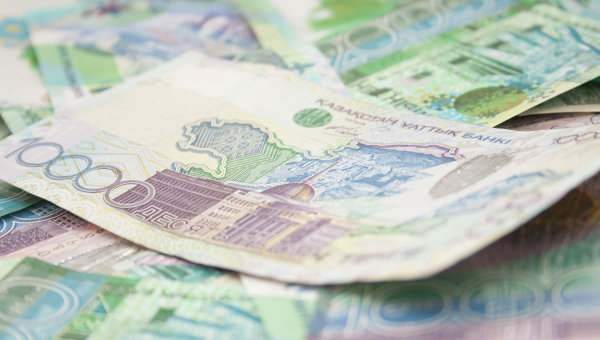 ALMA-ATA, 6 Nov. Michael Egorin. The weighted average rate of tenge at the morning trading session on the Kazakhstan stock exchange (KASE) on Friday declined to 307,53 tenge per dollar with 298,92 tenge a day earlier (loosing almost 3%), according to the stock exchange.

On the eve of the national Bank, the chair of which at the beginning of the week Kairat Kelimbetov has replaced Daniyar Akishev, said that minimises their participation at the domestic foreign exchange market from November 5 in order to preserve gold and foreign currency assets of the National Bank and the National Fund. The statement of the national Bank noted that further dynamics of the tenge exchange rate will be formed under the influence of factors that are determined mainly by the dynamics of the price situation on the world financial and commodity markets.

Trading volume on the stock exchange on Friday morning was $ 116,650 million dollars compared to 100,8 million dollars on Thursday. The price of sale of cash currency in exchange offices of Almaty after the start of trading increased from 302 to 309 tenge tenge per dollar.

The twentieth of August Kazakhstan has started implementation of a new monetary policy based on free-floating tenge exchange rate, and abolished the currency corridor. On this news exchange rate of Kazakhstan national currency fell to 255,26 tenge per dollar, obvalivat 26% for the day. The President of Kazakhstan Nursultan Nazarbayev stated that there was no alternative: free rate will allow to restore competitiveness of the economy and to preserve the reserves.