Coca-Cola Hellenic Bottling Company in the developed markets for the first nine months increased revenues to 1,939 billion euros, follows from a press release of the company. 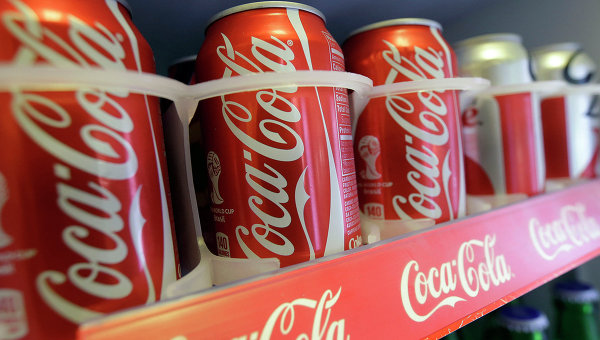 MOSCOW, 6 Nov. Revenue Coca-Cola Hellenic Bottling Company for the first nine months of this year decreased by 1.6% yoy, reaching UAH 4,919 billion euros, follows from a press release of the company.

The company indicates that the decline in sales in Russia in the third quarter amounted to 10% due to the continuing difficult situation on the market and changed the calculation base for comparison of performance in connection with the completion of the annual cycle of the transition of the juice brand “My family” in the company’s portfolio. “We continue to believe that we will be able to keep the decline in sales for the year at the level of 4-6%,” adds Coca-Cola Hellenic Bottling.

The company’s sales in the juice segment of the soft drinks market continued to demonstrate positive dynamics. In particular, Coca-Cola HBC notes that the successful launch of Coca-Cola Zero in Russia in may boosted sales of Coca-Cola in all markets Coca-Cola HBC at the level of 4-6%.

Coca-Cola Hellenic is one of the largest companies in the world on the bottling and distribution of beverages under the trademarks of the Coca-Cola Company. Coca-Cola Hellenic operates in 28 countries. The company provides jobs for around 36 thousand people. Coca-Cola Hellenic in Russia is represented by LLC “Coca-Cola HBC Eurasia” and owns factories in Moscow and Moscow region, St. Petersburg, Orel, Samara, Yekaterinburg, Rostov region, Novosibirsk, Krasnoyarsk and Vladivostok.