The interstate aviation Committee in its decision not to stop the operation of this type of aircraft by Russian companies. Ban can handle exclusively Federal bodies of Executive power. 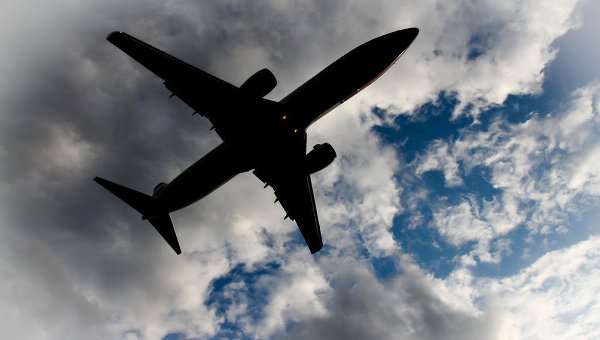 MOSCOW, 6 Nov. Representatives of Rosaviatsia and Interstate aviation Committee (IAC) with the participation of representatives of airline operators may decide on the suspension of Russian type certificates for all of the Boeing 737.

MAC on Thursday announced that it has suspended the type certificate for the Boeing 737 prior to the receipt of a joint notice to the Federal air transport Agency and the U.S. FAA that these aircraft are in a condition that ensures their safe operation. According to the document MAC, we are talking about the necessity of improvements for the intrinsic safety system of the Elevator control. The Federal air transport Agency has circulated on Thursday evening, the statement that to ground the Boeing 737 in Russia can only Federal authorities, but they no action was taken.

Rosaviatsia noted that the POPPY in its decision on the revocation of the type certificate for Boeing 737 can not stop the operation of the aircraft to Russian airlines.

The liner in Russia

Airlines of Russia and CIS 220 operate Boeing 737 aircraft, the airworthiness certificates in the Russian Federation have 194 aircraft. The largest operator at the moment of Boeing 737 is the airline “UTair”, in the Park, which is 49 aircraft, the second largest Russian carrier, operating ships of this type, is the airline Globus (S7 airlines), in the Park of which 13 aircraft.

Twelve ships in the Park is the low-cost carrier airline “Victory” (“Aeroflot”). Previously one of the largest operators of aircraft of this type was the airline “Transaero” in the Park which was 46 Boeing 737 aircraft.

The Federal air transport Agency on Thursday reported that before taking any action on the document waiting for confirmation of its authenticity by representatives MACK, are invited to the meeting on Friday.

“Have not received the original letter, therefore, invited the representatives of the IAC meeting,” — said Advisor to the head of Rosaviation Sergey Izvolsky, answering the question whether a genuine published the Committee’s letter and what will be the future Agency actions. Representatives of the airline operators did not comment on the decision of the IAC, noting that they continue to fly on airplanes of this type.