An expanded proposal of the Russian company includes, in particular, projects on the shelf of Sakhalin island, said Igor Sechin. 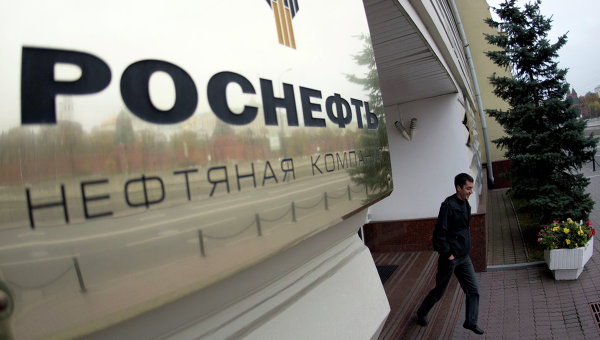 TOKYO, 6 Nov. Rosneft has expanded the list of projects for participation of foreign investors, the company offers Japanese partners production projects with total reserves of six billion barrels and a resource base of 100 billion barrels of oil equivalent, said Rosneft President Igor Sechin.

“I want to emphasize that today we bring to the discussion range of projects, significantly expanding our traditional offerings. It includes, for example, projects on the shelf of Sakhalin island, near the fields of the project “Sakhalin-1″, — areas Astrakhanovskoye-sea-Nekrasovsky, Kaigansko-Vasyukanski sea, Aeruginosa with proven reserves of oil at 40.2 million tons and gas at 44 billion cubic meters and the total resource potential for oil and condensate in 231 million tons of gas and 21 billion cubic meters,” — said Sechin, speaking at the international conference on energy cooperation between Russia and Japan.

The head of Rosneft noted that the company offers to enter the capital prospective and existing fields in Eastern Siberia and the Far East, in particular, Verkhnechonskoye, srednebotuobinskoye, Tagul, Russian and other, expansion of production on which in the nearest plans of the company and will exceed 30 million tons of oil and 16 billion cubic meters of gas per year.

“Our offer also includes special projects, in particular, the expansion of production from existing fields through the application of methods of increase of oil recovery and gas exploration (Kharampur, Kynsko-Casalino, Russko-Rechenskoye) and promising gas project Pechora LNG”, — said Sechin.

Rosneft has proposed to the Japanese partners more than a dozen mining projects in various stages of preparation — from exploration stage before reaching the level of industrial production… Our Japanese colleagues have offered “Rosneft” projects, we have conducted numerous negotiations, but the result is very modest — we are still at the discussion stage. Meanwhile, I must say that your colleagues from China and India are already included in these proposed projects,” — said the President of “Rosneft”.