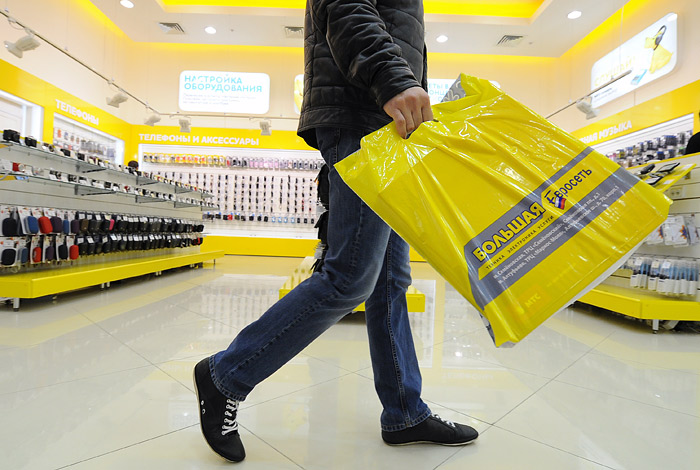 Moscow. On 5 November. Samsung and Evroset continue to exchange attacks in the conflict – the Korean manufacturer has required the retailer to 1.2 billion roubles of penalties for the delay with payment delivered in the last three years item.

LLC “Samsung electronics Rus Company” (subsidiary of Samsung) has applied to the international commercial arbitration court (ICAC) at the chamber of Commerce and industry (CCI) of the Russian Federation the claim is 1.22 billion rubles to OOO “Euroset-Retail”, said a source familiar with the situation.

At the Russian office Samsung confirmed the filing of the claim, refusing further comment.

“Samsung was not inconsistent delays”, – said the President of “Euroset” Alexander Malis. According to him, if parties have any debt to each other, they spent netting. The act of reconciliation of settlements with Samsung signed each month, the last dated September 30, and the delay is not reflected, says Malis. “We have six months not buying anything from Samsung”, he added.

In early September, Euroset Samsung demanded compensation in the amount of 150 million rubles for the defective device.

Claims of the vendor and the retailer submitted to the ICAC, which is provided as a venue for trial of disputes distribution agreement “Euronetwork” and Samsung. However, while both suits are without motion, as the plaintiffs have not paid the arbitration fees in their statements of claim. By law this they have 6 months.

“Samsung electronics Rus Company” requires “Euroset-Retail” collecting fines for delay of payments in the period from late October 2012 to 30 September 2015 under the distribution agreement, referred to in the text of the claim, with copy that read “Interfax”.

For late payment the agreement provided for liquidated damages in the amount of from 0.1% to 0.2% of the amount overdue per day, and a number of shipments was paid “Euroset” with “significant delays”, the plaintiff claims.

Samsung appealed to the “Euroset” with a pre-litigation letter on the payment of fines, however, as at the date of the filing of the complaint (October 26) any response not received, says the lawsuit.

Euroset in September filed a lawsuit against Samsung with the requirement to reimburse the funds paid by buyers refunds on defective mobile devices. Samsung refuses to compensate the “Euroset” funds returned to clients, referring to formal reasons (incorrect paperwork, etc.), claimed Malis. According to him, the duty of Samsung to compensation to customers is several times more than 150 million rubles and “Euroset” will file new lawsuits to the preparation of the documents.

“Euroset”, “Svyaznoy”, as well as a retail network of “VimpelCom” and “MegaFon” in early summer, suspended the purchase of Samsung smartphones, explaining that the increase in the number of defective devices. Malis claimed that individual shipments Samsung the rejection rate exceeded 7%, while the acceptable rate on the market – less than 1%.

Samsung representatives claimed that the level of defects in their devices – less than 1%. Sources close to the vendor, told me that the real reason for the demarche of retailers – not marriage, but a price war in the market unleashed by the JSC “Mobile TeleSystems” (MTS). In April, the operator reduced the cost of the gadgets in your retail an average of 30%, actually starting to sell them at cost. Market participants argued that competitors MTS requested Samsung to cease shipment of goods to its network, but the Korean company has refused to do so.

MTS stated that its retail problems with marriage in Samsung devices was not. “The level of returns negligible and steadily declining as modern models,” – said the representative of MTS Dmitry Solodovnikov.

According to GfK, the share of Samsung (in real terms) in the Russian market of smartphones by the end of the third quarter reached 20.4% against 20.1% a year ago and 20.9% in the second quarter. The Korean company remains the largest seller of smartphones in Russia.