Low prices compelled Riyadh to spend tens of billions of sovereign funds, to resort to foreign borrowing that does not bring significant gains, said the head of “Rosneft”. 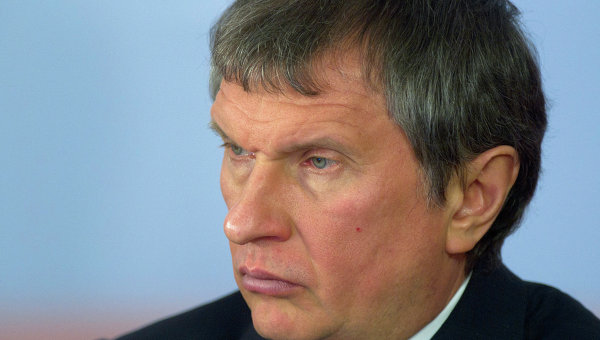 TOKYO, 6 Nov. The strategy of Saudi Arabia to increase oil production at low prices to gain market share does not bring significant winnings, low oil prices are forcing to expend funds sovereign wealth funds of the country to resort to external borrowings, said the head of Rosneft Igor Sechin, speaking at the international conference on energy cooperation between Russia and Japan.

“The strategy chosen by Saudi Arabia, does not bring her significant winnings, rather the opposite. Low prices are forced to spend tens of billions of sovereign funds, to resort to foreign borrowing. Recently a need arose in the application of measures of fiscal austerity. So, the Ministry of Finance of Saudi Arabia recommended that other ministries of the country to limit expenditures. In particular, the end of the year not to buy new cars and furniture, not to rent new premises and to freeze the appointment of new employees,” — said Sechin.

He noted that the OPEC countries are suffering huge financial losses, but continue to refuse the role of the regulator. “At a recent meeting, OPEC again no decisions have been made”,- said the head of Rosneft.

Sechin noted that Saudi Arabia continues to implement its strategy of increasing market share, increasing production in the face of low prices.

“In this regard, it should be noted that the oil imports of the U.S. from the Middle East over the last decade has declined significantly: from the level of 125 million tons in 2005 to 82 million tons by the end of 2015. At the same time, despite all the current problems of the region, the mining countries of the Middle East during the same period increased by 114 million tons. Thus, we observed a picture when the middle East really begins to actively develop new markets,” he said.

As an example, the head of “Rosneft” has led to the fact that the Hungarian Duna refinery in Szazhalombatta began to import oil from Kurdistan. “A similar example is present in Poland. After the visit of Prime Minister of Poland to Saudi Arabia in April 2015, agreements were reached on the supply of Arab oil for processing at refineries Plock and Gdansk,” said Sechin.