Icebreaker “Ural” will be laid at Baltiysky Zavod in St. Petersburg in September 2016, it needs to be put into operation in 2020. The government approved a plan to reallocate financing the construction. 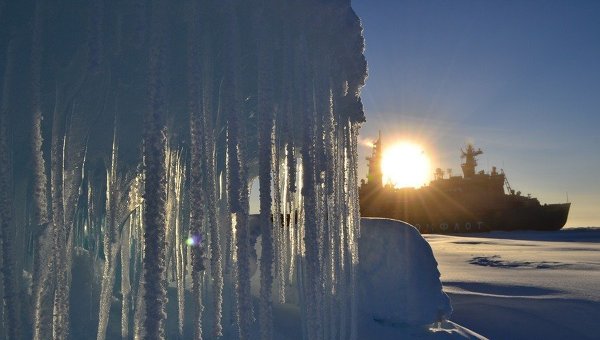 MOSCOW, 5 Nov. The Russian government has approved the postponement until 2018 or 2019 part Finance construction of Russian standard universal nuclear-powered icebreaker “Ural” of project 22220, the corresponding decree of the Cabinet of Ministers published on Thursday on the official portal of legal information.

Icebreaker “Ural” will be laid at Baltiysky Zavod in St. Petersburg in September 2016, it needs to be put into operation in 2020.

As the regulations remained unchanged plans for state budget funding of similar ship “Siberia”, which will be the first serial nuclear icebreaker of project 22220 with a period of commissioning in 2019.

Universal nuclear icebreakers of project 22220 will be the largest and most powerful in the world. The length of the vessel will amount to 173.3 m, width — 34 meters, a weight of 33.5 tons. They will be able to conduct convoys in Arctic conditions, punching while moving ice thickness up to 3 meters. The new ships will provide passage for ships transporting hydrocarbons from fields in Yamal and giganskogo peninsulas, the Kara sea shelf to markets in the Asia-Pacific region.

Now on “the Baltic factory” under contract with the state Corporation “Rosatom” built head atomic icebreaker “Arktika” project 22220. The contract for the construction of icebreakers “Siberia” and “Urals” OJSC and Baltic plant was signed in may 2014, its total cost is 84.4 billion roubles. In may this year the plant was laid icebreaker “Siberia”. “Ural” will be laid at the Baltic plant in the fall of 2016.

The government this year faced with the need to reduce expenditure obligations of the budget, some costs are reduced, and some postponed to a later date.