The expected gross harvest of grapes will make about 50 thousand tons, although there were predictions about 70-75 thousand tons, said first Deputy Minister of agriculture of the Republic Nikolai Polyushkin. 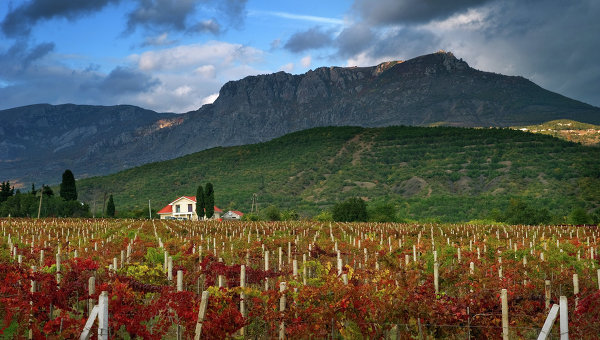 SIMFEROPL, 6 Nov. Crimea in the current year due to abnormal weather conditions will be short of about 25 thousand tons of grape gross yield will be about 50 thousand tons, said first Deputy Minister of agriculture of the Republic Nikolai Polyushkin.

“Continued harvesting of the fruit, if seeds croppage exceeded our expectations, at stone we have a problem, due to the extreme weather conditions in January this year, first of all, it peach, plum, plum and partially damaged the vineyards,” — said Polyushkin journalists.

In early January of this year in Crimea were registered abnormally low temperature. According to the Deputy Minister, the situation on harvest is worse than last year.

“The expected gross harvest in the area about 50 thousand tons, although we predicted about 70-75 thousand tons,” — said Polyushkin.