In the certificate of the operator of the “Victory” was amended, allowing to carry out flights abroad. Any international flight will be the first not reported, however, it is known that the cost of one way flight will start from 999 rubles. 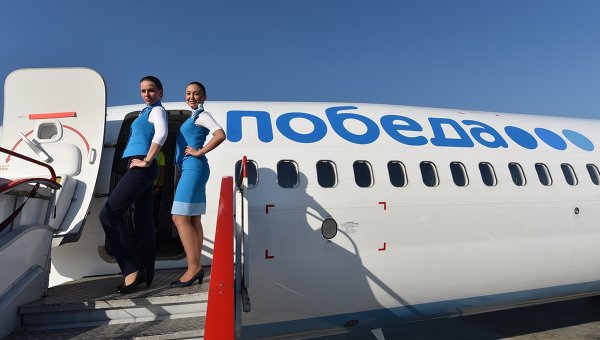 MOSCOW, 5 Nov. “Victory”, a low-cost daughter airline “Aeroflot” in the coming days will open the sale of tickets for international flights, the cost of which will start from 999 rubles, said the official representative of the carrier.

“The changes in an air operator’s certificate allowing to carry out flights abroad. Sale on international flights will be opened in the coming days. The cost of one way flight including all fees will start from 999 rubles”, — said the representative of the company.

He did not specify which international flights will be opened first, saying it will be known soon.

“Victory” was founded on September 16 2014 instead fell under the EU sanctions “Dobrolet”. The first flight loukoster completed December 1, 2014 in Volgograd from the Moscow airport “Vnukovo”. It is expected that by the end of 2015 the passenger traffic the airline “Victory” will reach 3 million, which will allow the airline to gain a foothold in the top ten largest carriers of Russia.