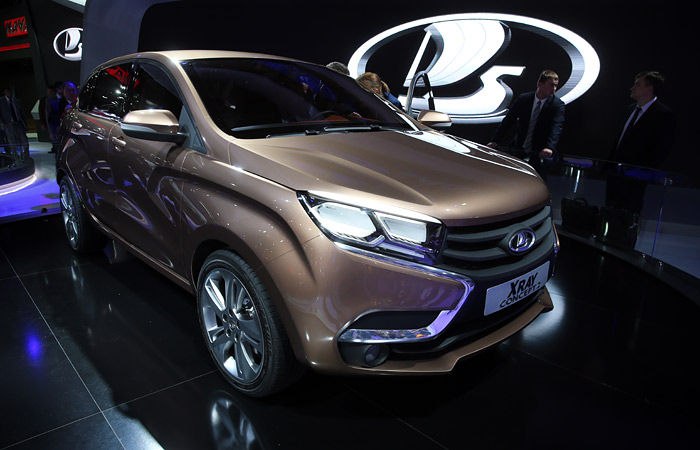 Moscow. November 6.”AvtoVAZ” has released 200 test cars of the model Lada Xray, the start of production is scheduled on 15 December, said company President Bo Andersson at the presentation ceremony of the car on Friday in Tolyatti.

He also provided those present at the presentation to the Plenipotentiary representative of RF President in Volga Federal district Mikhail Babich, a pilot project of a sedan Lada Signature of a representative class.

“We have made only one, can make a limited series. Here the engine of production “AVTOVAZ”, but in production we’ll install more powerful engines. The first step is our own engine of 1.8 liters, but also working to use in the model, the engine of the Nissan,” said Andersson.

The project Lada Xray was developed by designer Steve Mattin, who previously worked on the design of Mercedes-Benz and Volvo. The car was created within cooperation with the Alliance Renault-Nissan on platform B0. Its production will be organized on the B0 line in Togliatti.

The company had previously planned to begin production of cars in January 2016, then the deadline is moved to November 2015. In early April, the head of “AVTOVAZ” reported that production of the car moved again: from November to December 2015.

It was also reported that until 2020 AVTOVAZ will produce six new models and renew five existing models.