Chinese President XI Jinping welcomes the active participation of Taiwan compatriots in the construction of the economic belt of the silk road and Taiwan’s entry into the Asian infrastructure investment Bank. 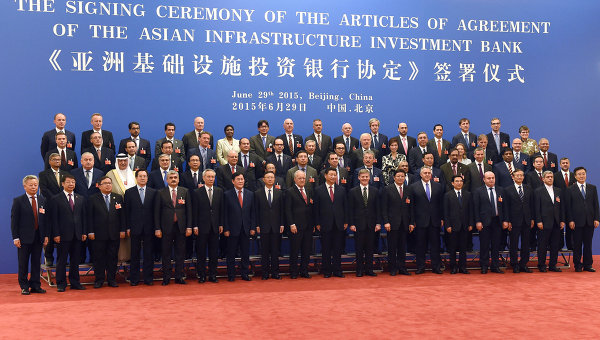 First 66 years the meeting between leaders of the two sides of the Taiwan Strait took place on Saturday in Singapore.

“Chinese President XI Jinping has said that he welcomes the active participation of Taiwan compatriots in the construction of economic zone silk road, also welcomed the accession of Taiwan to the Asian infrastructure investment Bank in the prescribed manner”, — said Tuesday at a press conference following the meeting, the head of the office for Taiwan Affairs of the state Council of the PRC Zhang jizzing.

Agreement on the establishment of AIIB was signed on 29 June 2015, representatives of 57 countries-founders of the Bank. The largest share of votes in the Board of Directors of the Bank received China, India and Russia. The authorized capital of AIIB will be at the initial stage of 50 billion dollars, and then will be increased to $ 100 billion.

Official relations between the Central government of the PRC island province and ended in 1949 after defeated in the civil war with the Communist party of China of the Kuomintang forces headed by Chiang Kai-shek moved to Taiwan. Business and informal contacts between Taiwan and mainland China resumed in the late 1980-ies. Since the beginning of the 1990s, parties began to communicate through non-governmental organizations — the Beijing Association for the development of relations across the Taiwan Strait and Taipei’s Fund for exchanges through the Strait.