MOSCOW, November 6. Rosaviatsia believes that the MAC approach, which suspended the type certificate for the Boeing 737 in Russia, not serious, since the editor was replaced. About it to journalists was declared by the head of Department Alexander Neradko following the meeting.

“We have received the document, that the MAC requests previously directed to consider the statement invalid. The meeting noted the rather non-serious approach of the POPPY to such an important issue. It seems that in the MAC there are different points of view on this issue,” he said.

The Boeing 737 operation of ships will continue, said Neradko.

“The meeting was unanimous that at present the bases for the decommissioning of Boeing 737 aircraft that are registered in other States, in Bermuda, in Ireland, and registered in the state register of aircraft of the Russian Federation. Therefore, the operation of aircraft Boeing 737 in Russia will continue on the same basis,” he said.

What was the reason for the letter MAK

A letter from the POPPY on Boeing 737 was due to the crash in Kazan, but the investigation is not yet complete, said Alexander Neradko.

“I would like to note the following: these statements (the POPPY on the revocation of the certificate of airworthiness of the Boeing 737 – approx. ed.) relate to procedures for investigating circumstances and causes of the crash of Boeing 737 in Kazan, which happened almost two years ago. To date, the investigation is not completed, the aeronautical authorities of Russia do not have official reports and all necessary annexes that should receive the state.

Aviation authorities of the Russian Federation in the current situation is considered a breach of ethics investigation of circumstances and causes of accidents when certain issues technical issues that arise during the course of the investigation… before the end of this investigation (restrictions MAC – approx. ed.) becomes the subject of discussion, not technical specialists, experts, and released into the media”, he said.

The situation with Boeing 737

On 5 November it became known that MAC has suspended the certificate of a Boeing 737 in Russia until receipt of a joint notice to the Federal air transport Agency and Service certification of type of aircraft of the USA (FAA) airworthiness of the aircraft.

Meanwhile, the Federal air transport Agency on the same day said that the MAC cannot stop the operation of the Boeing 737 Russian airlines. In Department believe that a ban on flying any type of aircraft can only enter on a specially authorized Federal body of Executive power that this decision was not made.

On Friday at meeting in the Federal air transport Agency discussed the prospects of further operation of the Boeing 737, which was attended by the aviation authorities, airline operators, representatives of IAC and the American Corporation Boeing. 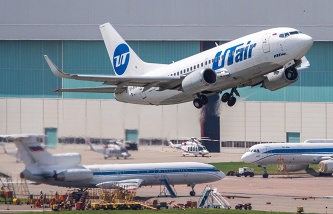 Boeing hopes that all claims with the aircraft will be removed

The interstate aviation Committee. The history of the creation and functionality

Russian air transport operators Association: suspension of certificate the MAC may affect the operation of only six Boeing 737

At the same time, the President of the Association of air transport operators (air transport operators Association), whose membership includes 19 of the leading airlines of Russia, Vladimir Tasun said that the suspension of the certificate the MAC may affect the operation of only six Boeing 737 in the fleet of the two airlines – “Aurora” (“daughter” of “Aeroflot”) and “Gazpromavia”.

This is due to the fact that Russian airlines operate aircraft, most of them registered overseas, including in Bermuda. The country on whose register the aircraft is, also issues the certificates and the documentation for their operation.

According to open sources, at present in Russia there are almost 190 Boeing 737 aircraft of various modifications. The largest operator of this aircraft type until recently was “Transaero”, in the Park of which there were 52 Boeing 737. However, at the end of October this airline went out of transportation after the cancellation of the Federal air transport Agency of its operator certificate.