Document on the safety of dairy products exported is expected to be signed before the end of this month. Indian manufacturers plan to put hard cheeses. 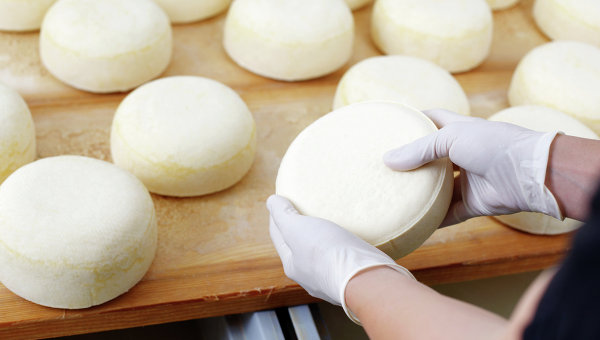 MOSCOW, 7 Nov. India until the end of November plans to sign a document on security exports to Russia of dairy products, and then be able to put on the Russian market of hard cheeses, the message of the Rosselkhoznadzor.

This decision was announced during the negotiations the Russian regulator with the Council for the development of agricultural exports of India (APEDA).

“Representatives of APEDA informed that earlier the Rosselkhoznadzor signed the Protocol on the conditions of supply of dairy products from India to Russia, in which the specified additional conditions to ensure security intended for export to the Russian market for Indian dairy products, is in the process of internal coordination in the government of India and the Indian side will be signed before the end of this month,” according to a release.

The Russian Ministry said that the document will enable the two large Indian enterprises included in the register of enterprises of third countries following the inspection of 2014, to start exporting its products (hard cheeses) in Russia.

At the same time, discussing the issue of supplies of Buffalo meat from India to Russia, the Rosselkhoznadzor emphasized that according to official data of the European Directorate for the control of FMD (EuFMD), in 2015, in some States in India have registered FMD outbreaks. In this regard, the Rosselkhoznadzor informed the Indian side about the need in the near future to provide official information about these outbreaks and data on measures to eliminate hotbeds of disease and prevent further spread of the virus across the country.