Joint venture on repair and Assembly of trucks with a view to organising the service center maintenance within a special development zone “Mariel” will be created in the framework of expansion of cooperation between the two countries. 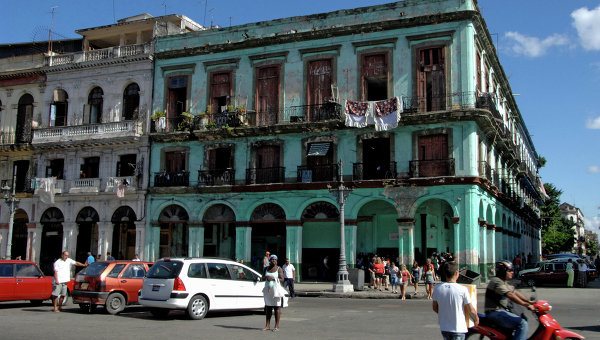 MOSCOW, 7 Nov. Russia and Cuba create joint venture for the Assembly and repair of trucks with the prospect of launch of service in the Cuban special development zone “Mariel”, said the Ministry of industry and trade following the meeting of Russian-Cuban working group on creation in Cuba transport hub.

Earlier it was reported that Russia and Cuba are analyzing the possibility of creating an aviation hub near Havana for freight and possibly passenger transport.

“The expansion of cooperation between the countries is possible, including through the establishment of a joint venture with KAMAZ for the repair and Assembly of trucks with a view to organising the service center maintenance within a special development zone “Mariel”. Following the meetings, the question is taken on control by both parties”, — stated in the message.

The delegation from Russia participates in the Havana international fair is one of the largest in the region and the largest on the island for 15 years, which opened on Monday. A special place at the fair is the Russian part. The delegation from Russia is one of the most numerous, it includes over 50 participants, including representatives of Russian relevant agencies (Ministry of economic development, Ministry of industry and trade) and large companies (“EXIAR”, “INTER RAO — Export”, “Gazprombank”, “Group GAZ”, “KAMAZ”, “EvrazHolding” and others). The fair also presents companies with activities in Cuba, including “Zarubezhneft”.