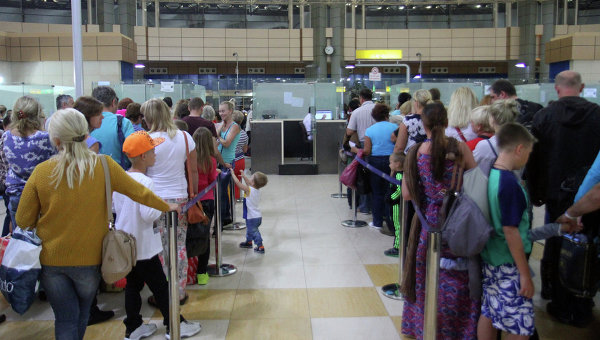 MOSCOW, 7 Nov. The situation with the cancellation of flights between Russia and Egypt in the case, if it is connected with the security of airports should soon return to normal, said the commercial Director of Tez Tour Alexander Burtin.

The Agency’s interlocutor said that Tez Tour will offer its customers a full range of options compensation for unused tours.

“First of all, we will offer tourists until the situation calms down. There is a sense that the issue of security at airports, which, apparently, now being referred to in this context, this issue is solved, the question of desire and of any technical means. If the level of security will satisfy regulatory authorities, we will soon be flying again. You can count on,” he explained.

“The refund is also considered, but this cannot be done simultaneously. Some money has already been spent, but we will think about to communicate with customers,” added Burtin.

Russia at 20.00 GMT Friday suspended the flights Egypt to ascertain the causes of the crash in the Sinai, which killed 224 people. Almost immediately about the cancellation of flights to Egypt had notified three Moscow airport “Sheremetyevo”, “Domodedovo” and “Vnukovo” and St. Petersburg “Pulkovo”.