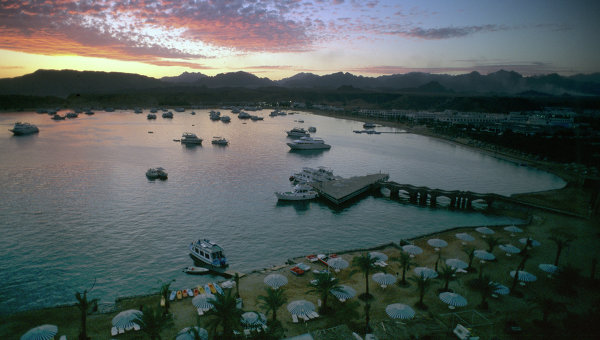 MOSCOW, 7 Nov. Commercial Director of the Russian Tour operator Tez Tour Alexander Burtin sure that the company will not be able to return the money paid in advance for the accommodation of Russian tourists in Egypt, but you can count on the transfer of these funds at a time when the ban on air traffic between Russia and Egypt will be lifted.

Russia at 20.00 GMT Friday suspended the flights Egypt to ascertain the causes of the crash in the Sinai, which killed 224 people. Almost immediately about the cancellation of flights to Egypt had notified three Moscow airport “Sheremetyevo”, “Domodedovo” and “Vnukovo” and the air gate of St. Petersburg “Pulkovo”.

“Wait for the refund from the Egyptian partners are not serious. Because hotels of Egypt in the crisis are already four or five. So they have a financial component is also extremely difficult, and, according to the agreement, they are unlikely to be something they must return. Rather we would owe on the fact,” said Burtin.

“A possible agreement on the transfer of money at a time when it becomes possible. But this is done by mutual consent, and there’s no other way physically. The Egyptians have already spent the money on reconstruction, for the purchase of products, the staff salaries, taxes and so forth,” he explained.

As previously stated the Vice-President of the Russian Union of travel industry (PCT) Yuri Barzykin, Russian tourist industry hopes that at least a part of the Egyptian partners will return to the Russian tour operators pre-payment for accommodation in hotels.