The nationalization of mineral resources and key industries will increase the budget revenues of Russia twice, the head of the Communists Gennady Zyuganov. 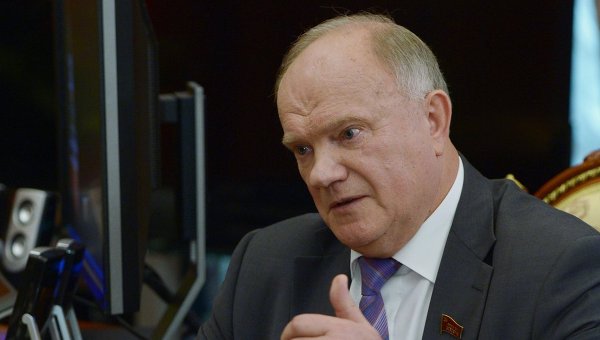 MOSCOW, 7 Nov. The leader of Communists Gennady Zyuganov has offered to hold a nationwide referendum on the nationalization of mineral resources and key industries.

“I’m sure we will be able to hold a nationwide referendum on the nationalization of mineral resources and key industries,” said Zyuganov at a rally of the Communist party, devoted to the anniversary of the October revolution, held at Revolution square.

According to him, this will increase the budget revenues of the Russian Federation twice.

“Our party has developed a real program. The essence of this program in a nutshell is to develop, not to steal,” said Zyuganov.

The leader of the Communist party also noted that the night he returned from Belarus, where the President re-enters with Alexander Lukashenko. The President of Belarus has asked Russia to thank for the support to the course, which proved to be the most effective and the most socially competent, said Zyuganov.

The leader of the Communist party is sure that everything must be done so that the main riches of Russia served to each person.

The head of the Communists congratulated all the holiday. “Long live the Great October revolution, long live the hard-working people!” — said Zyuganov.

Earlier, the Chairman of the Central Committee of the CPRF Dmitry Novikov said that the Communist party on the anniversary of the October revolution on 7 November will hold a series of promotions, demonstrations and rallies throughout Russia. According to him, the slogans of these shares relate to the nationalization, the transition from degradation to sustainable development of the country, support of science and education, adoption of children’s act of war and a number of other conditions.