The Voronezh region is ranked fifth in the nation in gross harvest of grain. The region also registered a positive trend to the growth of a livestock of cattle. 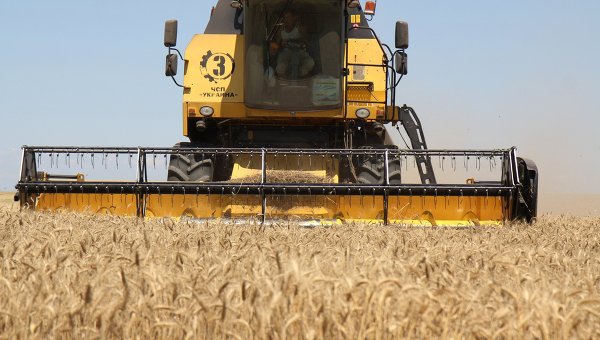 VORONEZH, 9 Nov. The agricultural enterprises of the Voronezh region expect to receive by the end of 2015 the production of 150 billion rubles, said Monday the regional government.

“In January-September this year, the region produced agricultural products in the amount of 127.5 billion (99.4% of the corresponding level in 2014). At year-end will be received goods to the amount of about 150 billion rubles”, — stated in the message.

As told at the session of the government of the region head of the Department of agrarian policy Anatoly Spivakov, for the first nine months of 2015, compared with the same period of 2014, agricultural organizations of the Voronezh region the number of cattle increased by 10 thousand, or 4%, and amounted 287,8 thousand heads, including 83 thousand heads of dairy cattle (in number of dairy cattle, the region took the first place in the Central Federal district). This year almost in 1,5 times has increased the number of pigs in large high-tech complexes, reaching 620 thousand head.

For the first time in the history of the Voronezh region agricultural enterprises for the year on milk yield per cow would be achieved productivity of 5.75 tons per cow (9 months — 4,454 metric tons). The region growth in production of marketable milk takes the first place in Russia (150 thousand tons in five years) but by an increase in the number of cattle is second in the country in line with the decline in livestock production and livestock in Russia as a whole.