According to the auction, the December futures for gold on the new York stock exchange Comex grew to 1088,5 dollars per Troy ounce amid falling dollar index. 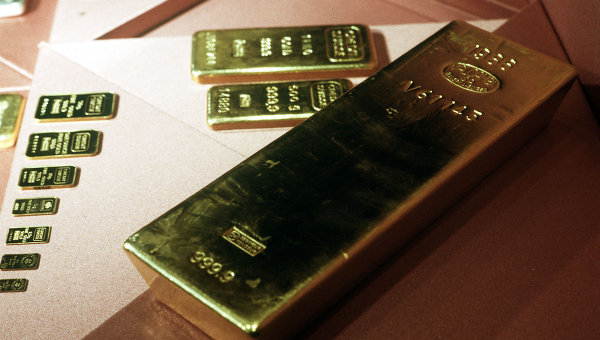 MOSCOW, 9 Nov. Gold futures on Monday began to regain their positions with the decline of the dollar against most world currencies, according to AFP.

The dollar index (the dollar against a basket of six currencies of countries — major U.S. trading partners) was down 0.08% to a 99.16 points. Investors tend to take profits after sharp jump of dollar on Friday, slightly reduces the value of the U.S. currency for most of the world and have a positive impact on the dynamics of gold prices.

In the first week of November, gold declined significantly in value, losing a total of 4.7 per cent. A significant role was played by the increase in the probability of a rate hike by the fed after the publication on Friday of the positive statistics on the labor market in the U.S., which showed a decrease of unemployment to 5% from 5.1% and an increase of jobs in non-agricultural sectors 271 thousand instead of the expected 184 thousand.

However, many bidders were still set in relation to gold skeptical. “It’s only a minor recovery, and cost (gold — edition) is still below the mark in 1100 dollars,” give its assessment analysts at Commerzbank, as quoted by the Agency MarketWatch.