The government Commission on economic development suggested two areas of support for transport engineering – increase the size of subsidies for buyers of cars innovation and support exports. 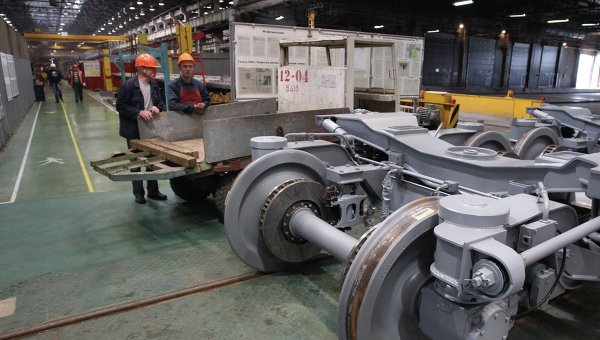 The main proposals, as follows from the Protocol, two to increase the size of subsidies for buyers of innovative cars (higher loads) and export support.

In the budget 2015-2017 years pledged to 7.1 billion roubles to subsidise interest rates on loans for the purchase of innovative cars (2.3 billion rubles — in 2015), the newspaper notes. Previously, the subsidy was one-time, plus you can get a tranche to cover 90% rates on loans. From 2015 you need to choose only one form of support. In preparing the programme of support for transport engineering Shuvalov has instructed the ministries to consider proposals to increase the subsidy to 250 thousand rubles (now — 130 thousand roubles) and to extend the expiration date from one to two years.

Recent adjustments to the programme of support for transport engineering in summer, made the Ministry of industry and trade. With his other proposal is to increase by 48% the cost of transporting the empty car, the lifespan of which was prolonged, the meeting did not agree, the newspaper writes.

At current prices the cars stranded assets for all market participants, told the newspaper the representative of the First cargo company (PGK). Conventional gondola cars worth 1.7-2 million rubles, innovative — 2.6 million.

Measures of state support of exports, Shuvalov has charged to develop the VEB, Exiar, and machinists. Representatives of the Ministry of transport, Ministry of industry and trade, Ministry of economic development, Vnesheconombank on the issue did not answer.