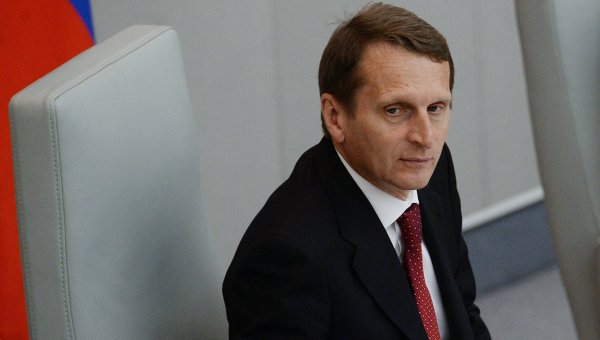 MOSCOW, 9 Nov. On state corporations “Rosnano” has a great responsibility for the development of an innovative economy and efficient use of budget resources allocated to this area, said state Duma speaker Sergei Naryshkin.

Opening the exhibition in the state Duma on the activities of RUSNANO nanotechnology centers of the Fund for infrastructure and educational programs, Naryshkin reminded that in 2007 the President of Russia Vladimir Putin in his address to the Federal Assembly spoke of the urgent need for the development of nanotechnology. At the same time was adopted the law on state nanotechnology Corporation, he added.

“And I would like to emphasize that activity not every organization and not every company is dedicated to a separate law. In respect of “RUSNANO” this suggests that the company has a great responsibility for the development of innovative economy, including high responsible for the effective use of a fairly large budgetary resources allocated to investment in this sphere”, — said the speaker of the state Duma.

He noted that sometimes the company has been criticized in the media, and the exhibition in the walls of the state Duma will give the opportunity not only to get acquainted with the products of the enterprise, but also to make the analysis and detailed findings. “I’d like to note that one of the principles of the activities of “Rosnano” is not just support projects, but also help in the commercialization of results of intellectual activity, namely the reduction of the path from the formation of a new innovative idea to its implementation,” said Naryshkin.

In turn, the head of “RUSNANO” Anatoly Chubais emphasized that the main task in 2007 is to build the Russian nanoindustry, did not exist at that time. “The time has passed — it is necessary to report, we are ready for it. Here today the exhibition presents the production of a number of our businesses, and to date built 65 plants not previously existed in Russia of technologies not previously existed in Russia products. Here today personally can see and hands to touch the invisible nanoproducts,” said he.

“Step by step we’re all more confidently say that the Russian nanotech is not a myth, not some abstraction… It is an absolute reality that occurs in Russia with state support”, — said the head of “RUSNANO”.