The launch of communication satellite “Lybid” was scheduled for launch vehicle “Zenit-3SLB” from the spaceport Baikonur in 2011. The satellite is operational, but is in storage in Russia because of absence in Ukraine of possibilities for the implementation of the launch. 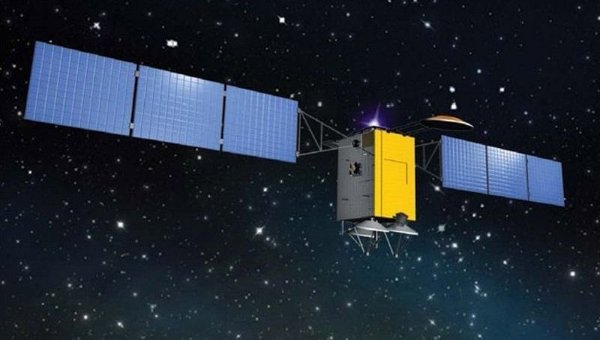 DUBAI, 9 Nov. Alexander Kovalev. Built by the canadian company MDA for the National space Agency of Ukraine (NSAU) communications satellite “Lybid” is ready, but a half years in custody in Russia from-for absence of the carrier rocket “Zenit” under his run, said General Director of “Information satellite systems” (ISS) named after academician Reshetnev” Nikolai Testoyedov.

“We have the company ready-made satellite “Lybid”. Customer companion — Ukraine, but legally and practically for this unit we are working with the canadian company MDA. Normal project, well implemented technically. We satellite are ready to transmit at any time, and Roscosmos is ready. And there’s no political subtext, it’s just that Ukraine don’t have the carrier rocket “Zenit” under his run,” said Testoedov on aerospace exhibition Dubai Airshow-2015.

The contract on creation of satellite “Lybid” was concluded in December 2009, the National space Agency of Ukraine (NSAU) with the canadian company MacDonald, Dettwiler and Associates, Ltd (MDA). The total amount of the contract amounted to $ 254 million.

The launch of the satellite was scheduled for launch vehicle “Zenit-3SLB” from the spaceport Baikonur in 2011, however, did not take place until now. One of the reasons for the delayed launch of the satellite “Lybid” steel financial problems of the Ukrainian enterprise “Yuzhmash”, responsible for the manufacture of rocket “Zenit”, which should bring a satellite into orbit.