A new port in Kerch will be geographically protected from the weather – winds and currents. The opening of the port will handle 30 to 50 million tons of cargo per year. 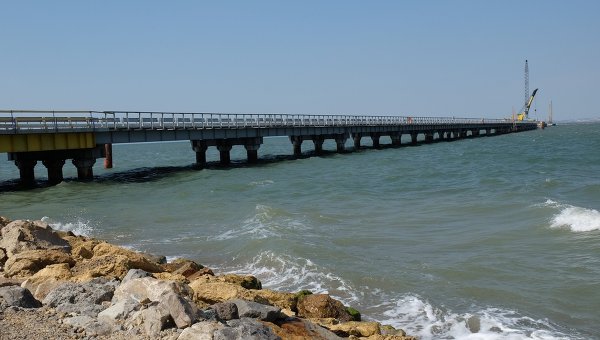 SIMFEROPOL, 9 Nov. The construction of the port of refuge in Kerch on the Crimean Peninsula will expand the capabilities of the Azov-black sea basin, as it will be able to handle the load even during periods of adverse weather conditions in the region, said in an interview with the Minister of transport of Crimea Andrey Bessalov.

According to the Minister, as the new port will be geographically protected from the weather — winds and currents, we will be able to work without downtime. Its creation will allow to process from 30 to 50 million tons of cargo per year. The ports of Novorossiysk and Taman Large stand for up to 120 days a year due to weather conditions, reminded Bessalov.

“The deep water port of refuge will expand opportunities of the ports of the Azov-black sea basin,” the official said.

Crimean authorities examined the waters of Kerch as potentially promising for the construction of a deepwater port in 2014, after annexing the region to Russia. As previously reported, they planned to offer participation in the project to Chinese investors. Then the cost of the project with the construction of industrial parks was estimated to be worth about 10 billion dollars.