According to the National Agency for financial studies, about 46% of Russians are ready to carry out overhaul of apartment buildings in their credit. 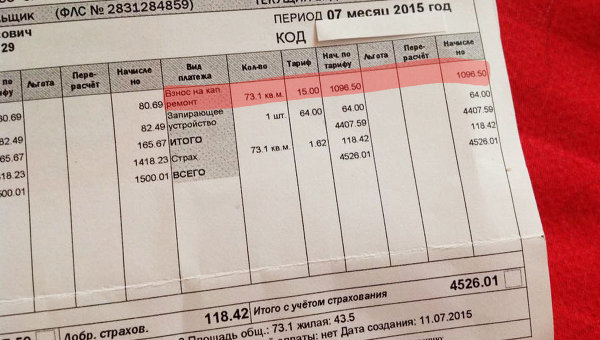 MOSCOW, 10 Nov. The Ministry of construction of Russia proposes to establish the rate of preferential loan for carrying out of major repairs of multi-apartment houses in the amount of 10%, said Deputy Minister Andrei Chibis.

“We in 2016 intend to seek state support for capital repair and to Orient it precisely for concessional loans,” he said.

According to him, discusses two forms of support — either subsidized interest rate or a part of the loan, e.g. down payment. “We want to the rate was in the region of 10%, but everything will depend on the budgetary possibilities, the magnitude of the key rate, from the whole set of factors,” said Chibis.

The Deputy Minister pointed out that power until the end of the year will determine the most favorable options, and the program itself will work in 2016.

As reported, according to the National Agency for financial studies, about 46% of Russians are ready to carry out overhaul of apartment buildings in their credit.

In December 2012 the state Duma adopted a law providing for the establishment of regional systems of major repairs of common property in apartment buildings, based on funding at the expense of the owners of the premises. The first regional systems began in 2014. To create a systems overhaul regions should adopt a program overhaul, install the fee to homeowners for the repair, as well as create operators, who drives the contributions of the owners. The residents of apartment buildings can choose the method of payment for major repairs on the special account at home or through regional operator.