The amendment on reservation of budget will make the bill on amendments to the budget that the state Duma will consider on second reading on 13 November. 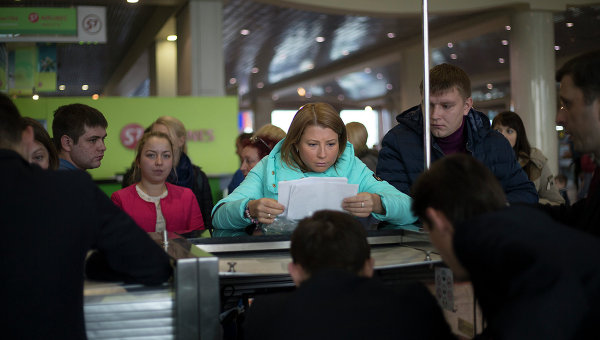 MOSCOW, 10 Nov. The government proposes to reserve in the 2015 budget to 1 billion roubles on compensation of expenses on removal of Egyptian tourists and their Luggage, as well as on the support of tour operators, said on Tuesday the “Kommersant”, citing a source close to the Cabinet.

The flights of Russian aircraft in Egypt were suspended on 6 November to find out the causes of the crash of the Russian airliner A321 over the Sinai. The President of Russia Vladimir Putin instructed to provide assistance to Russian citizens in return from Egypt. The government began discussing a complex of measures on support of tour operators after the ban of direct flights to Egypt: this issue was raised at the meeting, Prime Minister Dmitry Medvedev with Deputy Prime Ministers, as well as the meeting of the operational headquarters with Deputy Prime Minister Arkady Dvorkovich.

One of the proposals, said a source close to the government, is to reserve in this year’s budget to 1 billion roubles on compensation of expenses on removal of Russian tourists and their Luggage, as well as on the support of tour operators. It is planned that this amendment would make the bill on amendments to the budget that the state Duma will consider in the second reading on Friday.

However, market participants have only their losses are estimated at a minimum of 12 times, the newspaper said. According to the calculations of the Association of tour operators of Russia (ATOR), the damage to the tourism business in Russia, according to preliminary estimates, could reach about $ 200 million, if imposed by the authorities of the Russian Federation ban on flights to Egypt will remain more than two or three months.

The main causes of losses, according to ATOR: the refusal of the Egyptian tour operators and hoteliers to return or to deduct future pre-payment for the lack of tourists and the desire of many clients to recover funds. To smooth the financial losses ATOR sent a letter to the government requesting to consider the possibility to grant state guarantees for loans issued to the tourist industry. Moreover, in ATOR is asked to compel carriers to preserve the reservation paid by the tour operators before the closure of air links flights to a later date without penalty.

The tour operators should calculate the costs they will suffer due to the suspension of air links with Egypt, by Thursday, the decision was taken at a meeting in the Federal tourism Agency.