The future implementation in Transnistria international projects depends on their conformity with the interests of Tiraspol, stated the Minister of foreign Affairs of the Republic. He also praised the commitment of the world Bank to direct contacts. 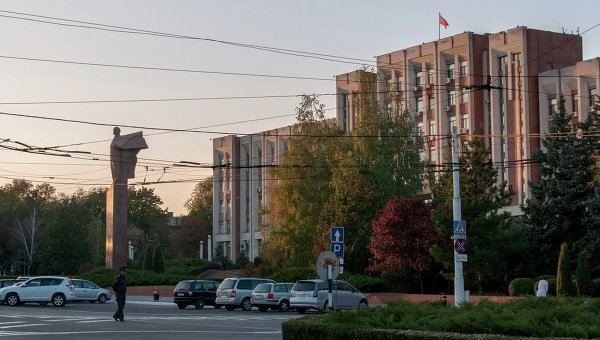 TIRASPOL, 10 Nov. Vladimir Sandutsa. The delegation of world Bank headed by Alexander Kremer at the meeting in the foreign Ministry of Pridnestrovie on Tuesday proposed a number of projects to improve the welfare of the population and infrastructure of the unrecognized Republic.

It clarifies the press service of the foreign Ministry of the Pridnestrovian Moldavian Republic, at the meeting announced the project for technical quality assessment of roads in the region, implying the subsequent development of proposals for their possible modernization.

Acting foreign Minister Vitaly Ignatiev praised the willingness of the world Bank to direct contacts with Transnistria, stressing that the future implementation of the Republic in international projects depends on their conformity with the interests of the PMR. “Transnistria and the world Bank have already some positive experience of cooperation, and in this regard it is particularly important that our partners listen to the Pridnestrovian side voiced needs,” — said Ignatieff.

According to him, the world Bank initiatives required specification and subsequent joint discussion. At the meeting the sides agreed to continue bilateral cooperation.

Transnistria, 60% of the inhabitants are Russians and Ukrainians, sought to secede from Moldova even before the collapse of the USSR, fearing that on the wave of nationalism Moldova will join Romania. In 1992, after the failed attempt of the authorities of Moldova force to solve the problem, Transnistria has become virtually uncontrolled by the Chisinau area.