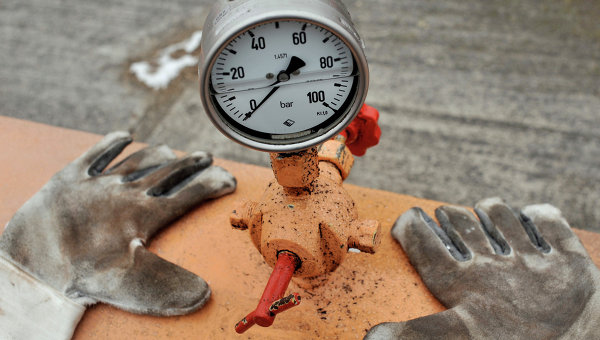 Earlier Tuesday, the head of “Gazprom” Alexei Miller said that Ukraine has reduced purchases of Russian gas due to the financial deficit of Naftogaz in comparison with the beginning of the month 4 times, to 10 million cubic meters per day.

According to “Ukrtransgaz”, as of Tuesday morning, the daily regime of import of blue fuel to Europe is 23.2 million cubic meters, which is 70% of the total natural gas supplied for the needs of Ukraine.

The amount of the advance payment from the “Naftogaz” already exceeds a stipulated and is 542 million dollars. In the fourth quarter of the price of Russian gas for Ukraine taking into account the discount is 227.36 USD per thousand cubic meters.

In October, Ukraine imported 1,984 billion cubic meters of Russian gas to 451,308 million dollars. In July, August and September, Naftogaz bought gas from Russia. The Ukrainian side is not satisfied with the price, with the discount of $ 40 had to be 247,17 dollars per thousand cubic meters. During this period, Ukraine was the cost of gas purchased on the reverse.