Bachelor’s day is celebrated in China on November 11, the day online retailers organize sales. In the global sale of Alibaba involved more than 30 thousand brands that sell more than 6 million kinds of products. 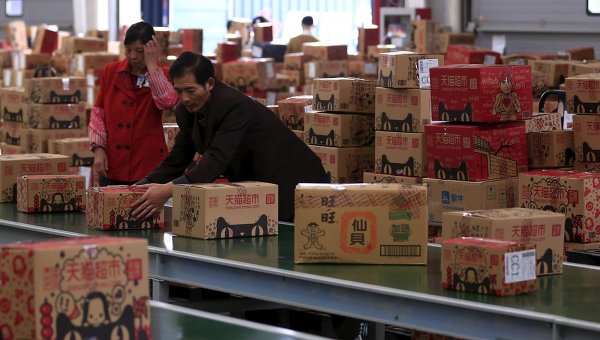 Bachelor’s day (Goingonce) is celebrated in China every year on November 11. This is because the date consists of 4 units. In recent years there has been a trend that Chinese holiday, many Chinese shopping malls and online retailers organize sales. On Wednesday 11 November in China has become the equivalent of the famous American “black Friday”.

According to the company Ant Financial, the financial operator of the largest online payment platform in China, Alipay, the maximum number of transactions per second reached 85,9 million, which is 2.23 times more than last year, the newspaper notes.

According to PR-Manager of the company Alibaba Chu JI, globalization has become a major feature of the festival sales, devoted to day of “singles”.

“Globalization is the main feature singles’ Day this year. More than 5,000 of the world’s top brands from 25 countries of the EU, USA, Japan took part in the shopping festival,” the newspaper quoted Chu JI.

In the global sale involved more than 30 thousand brands that sell more than 6 million kinds of products. Despite the fact that Alibaba is satisfied with this sale now in its seventh year, the statistics show that Chinese consumers “are more and more going crazy” because of this event, says China Daily.

According to rough estimates, 1 hour and 14 minutes, the company earned 30 billion yuan during the sale this year. For comparison, last year it took about 11 hours. Alibaba expects to set a new sales record this year, which will show the “purchasing power” of Chinese consumers, the newspaper said.

Bachelor’s day was born in the late 90-ies of XX century in the walls of one of the universities in the city of Nanjing, whose students were mostly male and had no female friends life. According to one legend, once four bachelor decided on November 11 to play Mahjong. The game lasted from 11 am to 11 PM. Throughout the game were formed four strips. And then one of my friends guessed that the four stripes symbolize the date and time is 11.11.

Bachelor’s day is celebrated and boys and girls. It is important to celebrate this holiday only with your boyfriend or close friends.