Currently quotas are allocated based on volumes of release of cars. Manufacturers offer to give them in proportion to the level of localization of production. 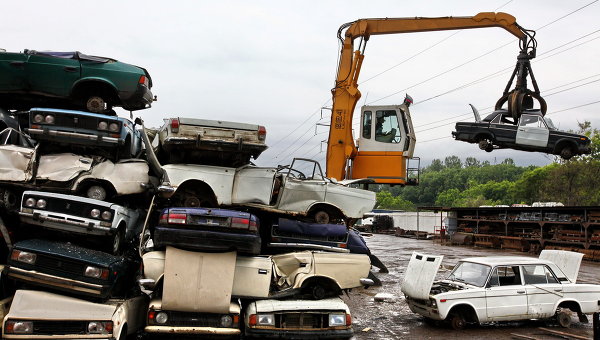 MOSCOW, 11 Nov. The automakers proposed that the Ministry of industry and trade to discuss the idea of the correction system of compensation according to the state program of fleet renewal, writes in Wednesday newspaper “Kommersant” with reference to market participants.

We are talking about 2016 in the case of an extension of a measure to grant the auto companies the quota in proportion to the level of localization of production. Still the quota for the program was distributed depending on the volume of production of cars.

The source adds that it may also be taken into account and investments, explaining that the idea is in the early stages of development and final scheme of its technical realization and design criteria yet. But there is a “General concept”, which, according to newspaper sources, the Ministry of trade and industry agrees, because “the state should support those who invest in it and who is on long-term cooperation”. So it will stimulate the growth of level of localization in a falling market.

The programme launched in September 2014, it involves passenger cars, LCV and trucks of the Russian Assembly. Since the beginning of the program allocated 20 billion rubles.

Based on the logic of the new system will benefit primarily the Russian brands and companies with the highest level of localization. For 2014 the Alliance AVTOVAZ-Renault-Nissan, according to Renault, this figure rises to 68%. At the Kaluga Volkswagen Group and Ford of 45%. At the St. Petersburg plant Hyundai (manufactured and models of Kia) localization is 46%, Nissan’s plant is 39%. At “Avtotor” (produces BMW, Hyundai, Kia) level in average of 18-25%.