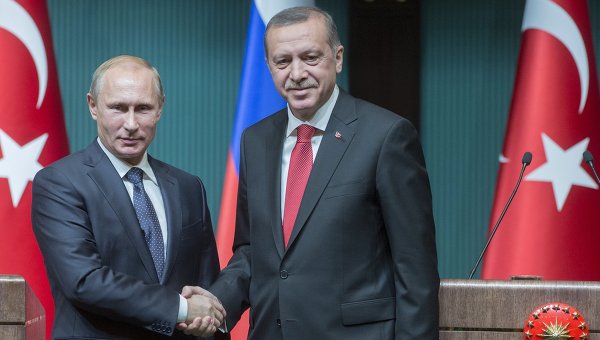 MOSCOW, 11 Nov. Moscow hopes that the talks between the presidents of Russia and Turkey Vladimir Putin and Recep Tayyip Erdogan will be held until the end of 2015, said Russian Deputy foreign Minister Alexei Meshkov.

“On November 25, we have planned the so-called strategic high level group at the level of foreign Ministers, which will have to deal directly with the Russian-Turkish summit, which, we hope, will be held before the end of this year,” said Bags.

According to him, Russia and Turkey remain different views on some issues of the Syrian settlement, but “this does not prevent together to work now.”

“Russia is fully ready to go in that direction, in the canvas, which was established by President Putin and President Erdogan at the comprehensive development of our relations, the elimination of our trade to 100 billion dollars”, — said the Deputy Minister.