Ministry of Russia repeatedly applied for the inclusion of the construction of self-propelled platforms in Federal investment program. If the project is approved, the “platform of the future” can be tested in the middle of the 2020-ies. 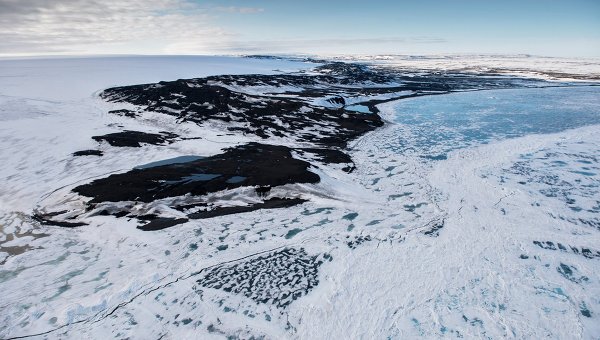 MOSCOW, 10 Nov. Self-propelled “the Platform of the future” for year-round scientific researches in the Arctic ocean may appear in 10 years, said the head of Ministry of Russia Sergey Donskoy.

“Ministry of Russia repeatedly applied to enable the construction of self-propelled platforms in Federal targeted investment program. If this application is approved the commissioning of pilot projects platforms can be carried out in the middle of the 2020-ies,” — said the Minister.

According to him, the draft platform already developed by specialists of the Institute of the Arctic and Antarctic and Roshydromet. Thus, the presentation of the “platform of the future” will be held at the forum “Days of the Arctic” in Moscow from 19 to 21 November. Then multimedia 3D version of the Russian drifting ice platform will be on November 21 and exhibited in the Moscow Museum, where it will be able to see everyone.

In addition, the Ministry of environment in cooperation with information Agency “Russia today” prepared by “Arctic Days” a series of special infographic. One of them is dedicated to the history of the drifting stations “North pole”, there you can see the layout of the ice. Both infographics about the history of the JV and the Federal program “World ocean” — are publicly available on the website in the special section of the “Days of the Arctic”.

“Despite the relatively high cost of such projects, their appearance will translate high-latitude study to a qualitatively new level. I note that the construction of such platforms will give impetus to the development of new technologies and ensure the utilization of domestic shipyards. The implementation of such projects will be put on a systematic receipt of information from the drifting objects,” — said the Minister.

The discussion of the results of the expedition “North pole-2015” and plans for future research will be one of the Central themes of the Federal Arctic forum “the Arctic Days in Moscow”, which will be held from 19 to 21 November. Organizers: Ministry of natural resources of Russia with the support of Moscow government, Russian Academy of Sciences, Moscow state University. M. V. Lomonosov Moscow state University and “Business Russia”. The event is held since 2010 and is one of the most significant events of Arctic issues in the country. In the framework of the “Arctic Days in Moscow” this year will be held II international scientific conference “the Open Arctic”, business session “the Business climate of the Arctic” and multimedia exhibition “the Arctic”, will be able to attend.