The forum summit is a platform for discussion of economic issues, says Professor of Western University Fikret Sadikhov. Senior Advisor for strategic planning the national Committee for BRICS Victoria Panova urged not to allow political issues to dominate over economic ones in the top twenty. 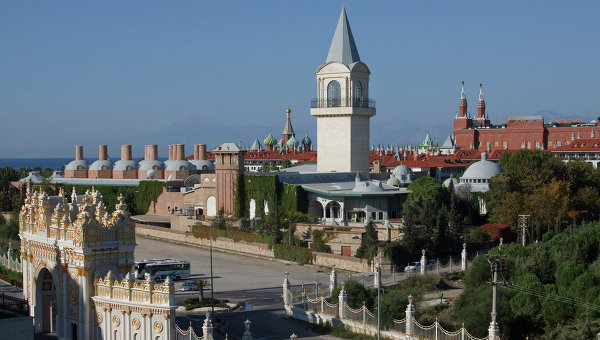 MOSCOW, 11 Nov. The issues of global politics and security can occupy a significant place on the agenda of the forthcoming G20 summit in Antalya, Turkey. This opinion was expressed by Russian and Azerbaijani experts, who on Wednesday took part in the video bridge Moscow-Baku “Risks and challenges for the global economy. Topical issues on the agenda of the G20 summit” in MIA “Russia today”.

The G20 summit will be held 15-16 November in Antalya under the chairmanship of Turkey. The scheduled participation of the President of Russia Vladimir Putin. This year the honorary guest of the summit will be submitted to Azerbaijan.

“Of course, the forum summit is a platform for discussion of, primarily, economic issues, socio-economic development. But it would be naive to believe that at the site where leaders of the twenty leading Nations of the world will discuss issues related to policy, geopoliticheskie problems with the fight against terrorism, which have become topical for many States,” says Professor Western University (Baku, Azerbaijan) Fikret Sadikhov.

“I have no doubt that these issues will become paramount, the most important in terms of discussion,” he said.

In turn, head of the Department of planning and Department of sustainable development the Academy of public administration Chingiz Ismayilov noted that the importance of political issues for the G20 is that economic issues are largely a consequence of them. “This is, for example, the current migrants in Europe”, — said the expert.

“It’s about the consequences of what was done. Of course, as each country tried to extract economic benefits from cooperation, it will still depend on political processes”, — said Ismailov.

The G20 format must remain economic

Official representative of Russia in “the Women’s top twenty”, associate Professor of MGIMO (University) of the MFA of the Russian Federation, senior Advisor for strategic planning the national Committee for BRICS Victoria Panova urged not to allow political issues to dominate over economic ones in the top twenty. “The format should remain economic,” — said the expert.

“(The Turkish President) Erdogan is exactly included in the summit agenda the issues of terrorism, refugees. But we should not exaggerate the importance of political issues”, — said Panov.

According to the expert, the media often tend to present the policy issues as more important compared to the economy. “But what’s happening on the pages of Newspapers, news sites and television screens do not always coincide with what is happening directly at the summit,” said Victoria Panova.

She explained that political issues will prevail in media reports about the Turkish summit because of breakthrough solutions in the field of Economics and Finance it is not expected. “But I’m sure she will not prevail in the discussions of the leaders,” said the expert, explaining that the forum participants will discuss a wide range of issues related to global sustainable development.