KIEV, November 11. The consumption of natural gas in Ukraine for 10 months of the current year decreased by 19.4%, mainly due to the decline of industry and the reduction of consumption by the population. On Wednesday the press service of the Ministry of energy and coal industry of the country.

In January-October, according to the Ministry, industrial enterprises spent 24.1% less gas than the same period last year, and the population and budgetary institutions less consumed blue fuel 21,55. 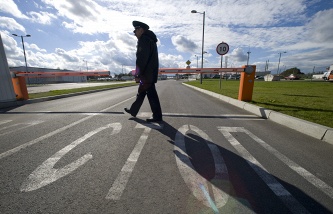 FSB: who came to Crimea to “fraternize” Ukrainian paratroopers expelled from Russia

Experts: Ukraine by one third reduced the export of chocolate products due to the loss of the Russian market

Media: sappers EMERCOM DND since the beginning of the year cleared more than 9 thousand explosives

In addition, it took less gas and utilities (CTV). “CTV – minus 7.2 per cent, the cost of production and technological needs of enterprises declined by 11.9%”, – stated in the notes.

As of 1 November, the debts for consumed natural gas within the country (with account of debts of previous periods) have reached 36 billion ($1.58 billion), the average level of calculations for gas ranges from 73% (population) to 88.1% (industry), specified in the Ministry.

The population of Ukraine significantly reduces the consumption of natural gas, but not at the expense of energy efficiency measures, and through the use of firewood for space heating, as stated previously, the expert on energy issues Valentin Zemlyansky.

“People come back to the ovens. In fact it is a regression, we’ve gone from gas, which was considered the most ecological type of fuel, for firewood,” he said.

Earlier Ukraine stopped pumping natural gas into their store and start the selection of resource out of them to ensure the passage of the heating season. As reported earlier, the head of the company “Naftogaz of Ukraine” Andrey Kobelev, Kiev has accumulated more than 17 billion cubic meters of gas and no plans to upload it before the end of this year.

Ukraine’s energy Minister Volodymyr demchyshyn said earlier that Ukraine needs for the winter heating season to 19 billion cubic meters of gas. However, he acknowledged that “unfortunately, to 19 billion cubic meters of gas to be collected before the end of the year is impossible, despite the credit funds from the European Bank for reconstruction and development in the amount of $300 million.”

According to the company “Ukrtransgaz”, Ukraine continues to import gas in four directions – from Russia, Slovakia, Hungary and Poland.

According to Soboleva, in the near future purchases of Russian gas will be produced as needed. “We pay for Russian gas as it is necessary: when we need – we buy, when we will not buy. When we see conditions favorable we buy” – said Kobolyev.