The share of Federal freight in the market of cargo transportation on the network of Russian Railways in January-October of 2015 increased by 0.9 percentage points to 12.6%, the company said. 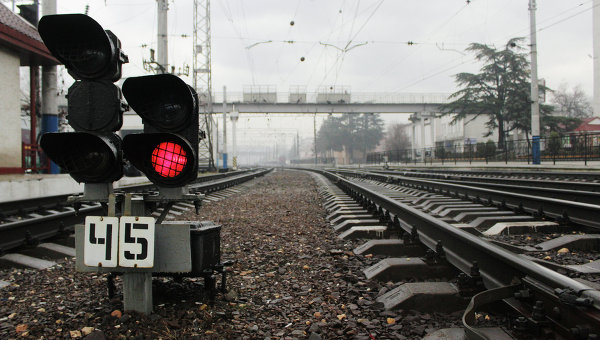 MOSCOW, 11 Nov. Federal cargo company (FGK, a subsidiary of RZD) in January-October of 2015 increased the transportation volume by 2.8% compared with the same period of the previous year to 139 million tons, the company said.

According to the company, the largest increases were in the transportation segment cars in the first ten months carried 127 million tons. Positive dynamics has also been achieved due to growth of loading in covered wagons FGC forest goods (23.1%), nonferrous metals (18.3%), chemical and mineral fertilizers (10,3%), sugar (2.7%), other goods (74,9%), etc.

The share of Federal freight in the market of cargo transportation on the network of Russian Railways for ten months increased by 0.9 percentage points compared to the same period of the previous year and amounted to 12.6%.

Federal cargo company since 2010, is one of the largest cargo rail operators in Russia. The principal activity of the company is providing rolling stock for transportation, and the provision of freight forwarding services. Car Park FFC has 136,5 thousand units of rolling stock.