The Prime Minister expressed the hope that all will go well, despite a popular superstition, and also recommended to determine which amendments will be presented for the second reading of the draft budget by the government. 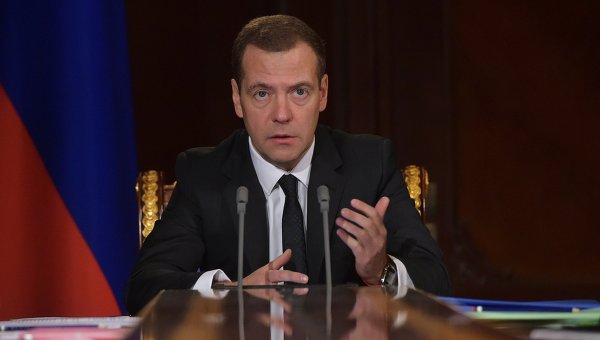 SLIDES, 11 Nov. Prime Minister Dmitry Medvedev hopes that the consideration of the draft Federal budget for 2016 in the first reading in the state Duma will be held successfully, despite the fact that it will take place on Friday, November 13.

“On such a special number, on Friday, the 13th, is scheduled to consider the budget in the first reading, I hope that all will pass safely in General”, — said Medvedev at a meeting on the preparation of amendments to the draft budget for the following year for a second reading.

“Today we need to decide what amendments will be proposed for the second reading by the government,” he said. He noted that in this context a very important topic should be the financing of the program on creation in Russia of new places in educational institutions. The program lasts for 10 years, she needs to start next year.

“It is clear that the General characteristics of the budget, which is rather rigidly defined by our macroeconomic and political conditions they leave us not much space to maneuver. With such restrictions all the more important to ensure competent and effective use of public funds. We need to take action to support key industries, agriculture, regional budgets, driving inflation”, — said Medvedev.

He also noted that it is necessary to continue funding major infrastructure projects and the modernisation programmes of education and health. “The main task of budgetary policy remains the fulfillment of social obligations, and ensuring stability of the financial system and the economy as a whole”, — said the Prime Minister.