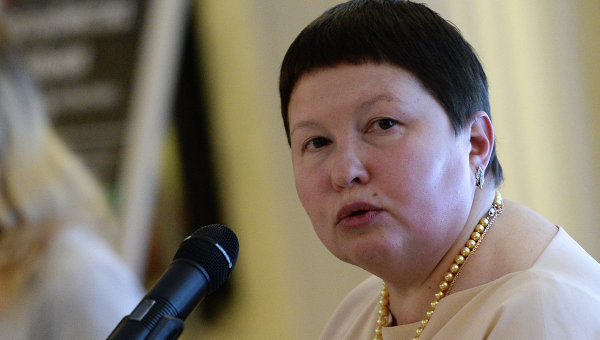 MOSCOW, 11 Nov. The public chamber of the Russian Federation will direct to the state Duma Committee on information policy recommendations the results of zero hearings on the bill on foreign funding of the media, said the Chairman of the Commission OP the Russian Federation on development of public diplomacy and support of compatriots abroad Elena sutormina.

Earlier, the deputies Vadim Dengin, Alexander Yushchenko and Vadim Kharlov submitted to the state Duma a bill that requires Russian media to notify Roskomnadzor of foreign financing within 30 days from the date of its receipt. For violation of this requirement provides for fines ranging from 30 to 50 thousand rubles for officials, and for legal entities — in the amount of cash received or the value of the property received. Repeated violation of this rule shall be grounds for the termination by court of activity of mass media. The only exceptions are the advertising revenues.

During zero hearings in the OP the Russian Federation on Wednesday the state Duma reiterated that this bill is not directed on infringement of freedom of speech, but only provides for greater transparency of the media. The media experts, in turn, noted that the bill needs more attention and additions.

The views of legislators

According to the Chairman of the state Duma Committee on information policy, information technologies and communications Leonid Levin, the deputies “it is important to hear the public opinion on this issue”.

“In the complex current international situation, the emergence of initiatives of this kind are quite understandable… colleagues Offer does not contain any proposals limiting properties, the proposed bill allows for the control of unfriendly actions of foreign States in the Russian information space,” he said, speaking in the OP.

Levin expressed hope that the discussion in the OP will produce “further considerations on the possible work on this novel, if it will be supported and adopted in the first reading in the state Duma”.

In turn, one of the authors of the bill and member of state Duma Committee on information policy Alexander Yushchenko reminded that the law is not directed to any infringement of freedom of speech, no censorship.

In turn, the experts believe that the bill needs detailed elaboration.

“The law must be absolutely clear, avoid ambiguities, it should not complicate daily activities of the media, lead to additional costs, it must be absolutely simple administration,” said publisher ID “7 days”, member of the Board of the all-Russian organization “Media Union” Cyril Dybsky.

The expert urged lawmakers especially carefully “to develop criteria, especially in terms of sanctions.” For example, he recalled that the bill says that “failure to provide information in a timely manner, imposed a penalty either in the amount of foreign funds received or the amount of the value of the property received from foreigners”.

“I believe that we need to work out more clearly the criteria that is foreign funding application to the activities of the modern media. Secondly, it is not clear who will determine in the case of imposition of sanctions the value of the property received from foreign individuals or entities. I’m not sure that Roskomnadzor has such powers,” he added.

Also, according to him, in the body of the law, or clarification of Roscomnadzor should be clearly specified mechanisms and procedure for the enforcement of this law. “For me, it should be clear in case I broke something, where this information gets Roskomnadzor. As this information I will provide will be presented — that is, will it be posted on the website of Roskomnadzor or other resources”, — said Dybsky.

In turn, the chief editor of the Russian scientific-practical journal “justice initiative” Alexander Galushkin expressed fears that Roskomnadzor can not cope with a huge flow of information that would come from the media.

“If it’s big media, then most likely they will file the notification or actually received at each operation or block of operations 100-200. To handle this volume of information will be simply impossible”, — he explained.

Galushkin has proposed to implement the objectives of the bill to provide two tools. “The first is to notify that the media would receive or intends to receive funds from abroad, i.e. at this stage, if the media generally suggests that ever in any form they will get money, they need to notify. It does not require large financial costs, but will provide an opportunity to control the media”, — said the expert.

The second proposal was to change the notice period from 30 days “to once a year or every six months, similar to the accounting statements”. “To be able to really analyze the information that is fed by the media, and to take any action. Because if feeding with a significant amount of operations information in real time, it would require additional allocation of staff units for Roscomnadzor”, — noted the chief editor of the magazine, adding that this procedure will require the allocation of additional budgetary funds.

Galushkin also agreed with the view that posting information about incoming notifications from the media in a single database, hosted on the website of Roskomnadzor. “Thus, anyone would be able in real time to obtain this information,” he added.

Chief researcher, Institute of state and law of RAS, chief editor of the magazine “State and law” Alexei Avtonomov also stressed that “the law must prescribe more”.

“I have a question, why exclude funds received from advertising, and in fact the main source of funding for many media — it is advertising”, — he noted.

“Furthermore, nothing is said about those media that are published with a circulation of a thousand copies,” the expert added.

Earlier, at the enlarged meeting of state Duma Committee on Informatica, information technology and communications, where he discussed foreign funding to Russian media, the media, experts and state Duma deputies also disagreed about the benefits of the bill.