SOCHI, November 11. The President of Russia Vladimir Putin will hold on Wednesday a meeting with heads of sports federations, during which there will be discussed issues of preparation of Russian athletes for the XXXI Olympic games in Brazil in 2016, reported the press service of the Kremlin. The meeting of the President with sports functionaries will take place on the background of the scandal connected with activity of the anti-doping agencies in Russia.

The doping scandal with the Russian athletes 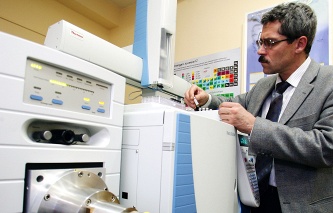 Sands: Mutko, Putin can present information on the doping scandal on November 11

Zelichinok: the IAAF Council on Friday will consider the issue of suspension of membership wfla

Press Secretary of the head of state, Dmitry Peskov told journalists that the problem of doping in Russia, raised earlier this week by the independent Commission of the world anti-doping Agency (WADA), although not formally included in the agenda, may be affected. “I do not exclude that this topic will come up, for sure,” he said. “At least, some information will be presented by the Minister of sports of Russia (Vitaly) Mutko” – said Peskov.

While the President’s press Secretary stressed that in the case of allegations by WADA “we are talking about some allegations that were set out publicly, but publicly have not been backed up at least some information.” Answering the question whether Russia to develop a new anti-doping strategy, Peskov explained that “while at this stage to draw any conclusions from these allegations, which publicly announced it would not be possible”.

The meeting, which will be led by Putin, will be held in the fgbi “South Sports” in Sochi. In addition, the President will visit open in September sports training complex “Federal center of martial arts”.

In addition, on Wednesday, Putin will continue the series of meetings “with military leaders and the main constructors”, which the President has held this week daily, Peskov said.

The Kremlin spokesman added that in the schedule of the President also listed a number of working meetings, one with the head of the company “Interros” Vladimir Potanin.