Already prepared the Russian-Estonian agreement between the customs authorities, the emergencies Ministry and others, said Russian Ambassador to Estonia Aleksandr Petrov. 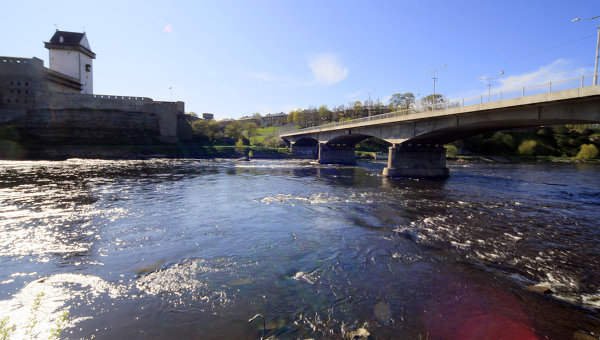 TALLINN, 10 Nov. Nikolai Adashkevich. The forthcoming signing of the border treaties Russia and Estonia may become a milestone event in the relations between the two countries and will pave the way for signing other documents, has informed on Tuesday the Russian Ambassador to Estonia Aleksandr Petrov.

“This issue is extremely important, not only important by itself. I believe that the successful ratification would give impetus to the solution of a number of other issues waiting in the wings. I really hope that there are no surprises at the time of ratification will not happen,” said Petrov at the meeting with journalists, adding that already prepared by the Russian-Estonian agreement between the customs authorities, the emergencies Ministry and others.

The foreign Ministers of Russia and Estonia Sergey Lavrov and Marina Kaljurand on September 27 on the sidelines of the UN General Assembly in new York expressed the hope that treaties will come into the parliaments of both countries in the near future and will be ratified no later than September 2016.

The foreign Ministers of Russia and Estonia, Lavrov and Urmas Paet on 18 February 2014 signed in Moscow contracts about Russian-Estonian state border and delimitation of sea spaces in the Narva and Finnish gulfs.

Originally this document was signed in 2005. While executing instrument procedures Tallinn unilaterally included in the relevant law the preamble that contains references to invalid Tartu peace Treaty of 1920 between Estonia and Soviet Russia. Moscow saw this as an opportunity to present in future territorial claims against Russia, and signed the Russian Federation under the contract was revoked.

The draft border agreement passed first reading in the Estonian Parliament in April last year. But then in the Republic after the elections changed the composition of Parliament, came to power a new government, so now the ratification process must begin anew.