Senators of the Russian Federation and Brazil signed a document on the development of cooperation between the upper houses of parliaments and have agreed to give it a concrete content. 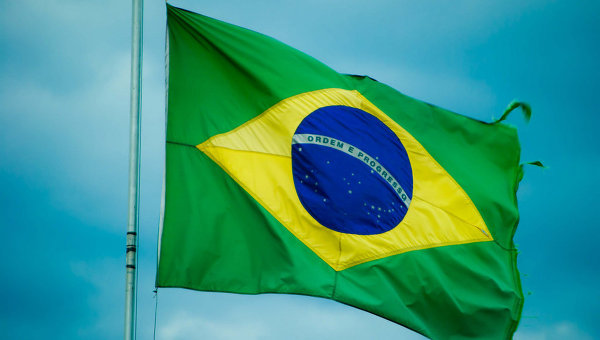 BRASILIA, 10 Nov. Senators of the Russian Federation and Brazil on Tuesday signed an agreement on the development of inter-parliamentary cooperation between the Federal Senate of the National Congress of Brazil and the Federation Council.

“Today we signed a very important document, almost legal act in the development of cooperation between the upper chambers of our parliaments and have agreed to give it a concrete content, both in the bilateral format and in the format of parliamentary cooperation within the BRICS”, — told reporters the Federation Council speaker Valentina Matviyenko on the results of the meeting with the President of the Federal Senate of Brazil Renan Calarosa.

In turn Calheiros noted that the senators discussed the convergence of the contractual legal framework between countries. “We also discussed measures that should be taken to hovering of the agreement in our bilateral relations were soon ratified and entered into force. Discussed the prospects for a more specific establishing economic relations between our countries,” he told reporters. Matviyenko added that the Russian-Brazilian relations are developing very dynamically and effectively.

“The role of parliaments of our countries increases in the provision of our cooperation in various fields. We have seen the genuine interest of our colleagues to develop inter-parliamentary cooperation”, — said the speaker of the Federation Council.

Also Matvienko met with the President of the chamber of deputies of the National Congress of Brazil Eduardo Kunia. Following the talks, she told reporters that he discussed with a colleague the development of a parliamentary dimension in the framework of BRICS.

“I want to say that with great enthusiasm he spoke of it as a big supporter of the movement parliamentary dimension. He praised the first parliamentary forum of BRICS countries in Moscow and said that we need to develop different forms of cooperation, in order to ensure a more active implementation of the agreements reached by the heads of state in the BRICS”, — said the Chairman of the Federation Council. Matvienko added that Brazil in General is very actively supports the development of integration associations of the BRICS, binds with high hopes.

In the framework of the developing integration processes creation of unified educational space plays an extremely important role. In this connection, the main mechanism may be an international network University in the framework of BRICS. Next week meet education Ministers of five States signed the Moscow Declaration on cooperation in the field of education, she said.

According to the speaker of the Federation Council, the Russian Federation is also prepared in the framework of bilateral cooperation to connect to the Federal program Brazil’s “Science without borders” and to accept thousands of Brazilian students to study at Russian universities.