Despite the sanctions, now the growing cargo turnover between Russian and Belgian ports, said trade representative of Russian Federation in Belgium Anatoly Gorshkov. He noted that Belgium is a special way located a state, is a logistics hub. 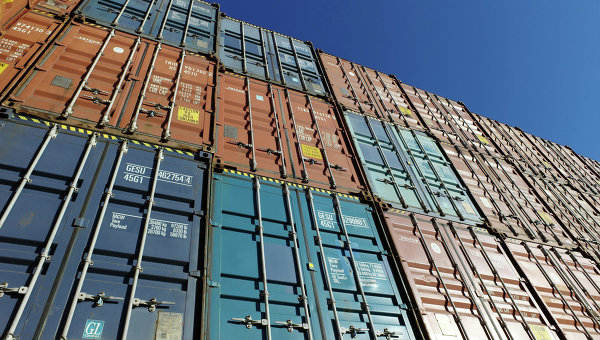 MOSCOW, 11 Nov. Freight shipments between Russia and Belgium, despite the European sanctions regime against the Russian Federation, not only has not decreased over the past year and continue to increase, said in an interview with trade representative of Russian Federation in Belgium Anatoly Gorshkov.

“Belgium is a special way located a state, is a logistics hub. It so happened that many of the goods that came there including from Russia, then sent to other countries and continents — in Africa, Latin America,” said Gorshkov.

“Despite the sanctions, now the growing cargo turnover between Russian and Belgian ports. This year it increased by 15%”, — said the trade representative. Among the special pots noted achievements reached in March of this year the agreement the company “Yamal LNG” with Belgian gas company Fluxys LNG terminalling of liquefied natural gas (LNG) terminal in the port of Zeebrugge. In accordance with the understanding of the gas from Belgium will subsequently be delivered to customers in the Asia-Pacific region.

“It is a kind of alternative route the Northern sea route. If in the summer it functions and can be used to supply LNG to Asia, in the winter this pass is closed by ice. It is assumed that gas can be transported to Zeebrugge, where the huge terminal for the storage and handling of LNG. From there he offered to smuggle to Asia”, — said the trade representative.

Agreement between Yamal LNG and Fluxys LNG is estimated to be 1,011 billion euros. The agreement provides for the transshipment of LNG in a volume up to 8 million tons a year for 20 years after commissioning of the plant on the Yamal Peninsula.