At the airport, said that on 30 October, the airline contacted the airport with the request slots (time of service at the airport). Earlier media reported that the airline was not allowed to fly to Minsk and offered almost prohibitive tariffs. 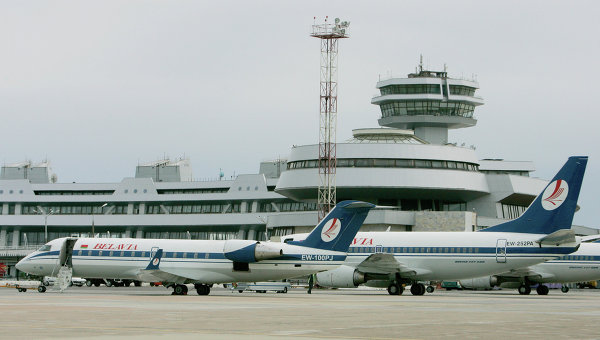 MINSK, 12 Nov. Nina Gurin. The national airport “Minsk” and Russian airline “Pobeda” not held official talks on tariffs for aircraft ground handling and slots (time of service at the airport) can be granted only after consultation with the aeronautical authorities of Belarus, has informed on Thursday a press-service of the airport.

Earlier on Thursday the newspaper “Vedomosti” reported with reference to the representative of “Victory” that the airline was not allowed to fly to Minsk and offered almost prohibitive tariffs. A source close to the airline “Victory”, reported that the reason for the failure of flights “Victory” in Minsk are high fees for the service of passengers.

“As of 12 November, the national airport “Minsk” and LLC “Airline “Victory” no official negotiations on tariffs for aircraft ground handling is not carried out”, — said the press service of the airport. It is specified that on 30 October, the airline contacted the airport with a request on provision of slots in the period from 20 November to 26 March next year and the organization of daily flights on the route Moscow-Minsk-Moscow.

According to the press service, the carrier was sent a reply that in accordance with aviation regulations of Belarus requests for slots for regular flights of foreign carriers airport approved after coordination with the Department of aviation of Ministry of transport of the Republic. “The airline “Victory” was asked to confirm the existence of this agreement in order to further consideration by the management of the airport appeals on the allocation of slots”, — stated in the message.

It is emphasized that “on request of the airline “Victory” in order to design a full package of documents required for submission to aviation authorities of Belarus to be accredited, 10 November the airline has sent a draft of standard agreement about ground handling of aircraft at the national airport “Minsk”.

Meanwhile, earlier on Thursday, the Director of the Belarusian Department of aviation Vladimir Kostin informed that only the day before aviation authorities have received the documents from the airline with a request to consider the possibility of fulfilment of flights to Minsk.