In the text material, which was the reason for the cautions, it is about intent, stated in the press service of the FAS. It noted that verification of intent office. 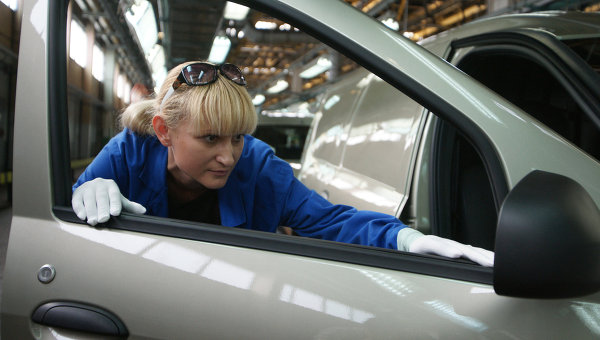 MOSCOW, 12 Nov. The Federal Antimonopoly service (FAS) Russia is not going to check “AVTOVAZ” because of the information that the company prohibits its dealers to offer discounts on the Lada Vesta, reported in a press-service FAS.

Friday FAS has informed that has sent to the President of AVTOVAZ Bo Andersson caution about inadmissibility of actions that may lead to violation of the Antimonopoly legislation. The occasion was an article in one of the media, which quoted the statement of Andersson ban dealers to offer discounts on the Lada Vesta for nine months after the start of sales.

Lada Vesta created on a completely new platform, developed by engineers with the participation of the Alliance Renault-Nissan. The new car is produced at site “Izhevsk Lada” from 25 September. While sales will start on November 25 in 58 showrooms Russian dealers.

“As of 12 November 2015 in the FAS Russia’s response of “AVTOVAZ” were reported. In the text material, which was the reason for the cautions, it is about intent. Verification of intent office”, — said the representative of the FAS.

In this case, the interviewee said that if we talk about the degree of responsibility for the coordination of economic activities abstractly, without relying on the example of a particular company, then the distributor may require of dealers the maximum price for the product, but does not fix its minimum value. “In this case we are talking about a violation of article 11 of the Law on protection of competition, which prohibits concerted actions of economic entities restricting competition. Liability of the administrative code, article 14.32”, — he told.

As noted in the code of administrative offences, the coordination of economic activity, is inadmissible under the Antimonopoly legislation of the Russian Federation, shall entail the imposition of an administrative fine on officials in the amount from twenty thousand to fifty thousand roubles or disqualification for the term up to three years; on juridical persons — from one million to five million rubles.