MOSCOW, November 13. The airline “Aeroflot” cancels flights to Cairo and from Cairo from November 14, 2015 due to the low commercial load. About it reported in a press release. 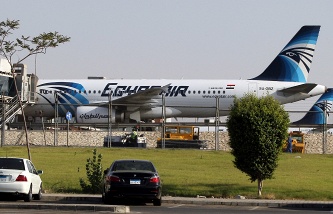 The head of minamiarai Egypt: Egypt Air has received notification of the termination of flights to Moscow

“In connection with commercial inexpediency of further operations decided to suspend the flights starting from November 14, 2015. Passengers with tickets Aeroflot on the flights from Cairo to Moscow will be renewed on flights of partner companies in the SkyTeam Alliance and taken to Moscow connecting routes”, – stated in the message.

All the passengers of canceled flights can take the tickets and get paid the cost of transportation without penalty stations.

From November 6, 2015 Aeroflot in accordance with the requirement of the Federal air transport Agency has carried out transportation of passengers on the Moscow-Cairo only in one direction – to Moscow. In the capital of Egypt liners Aeroflot flew without passengers. Sale of tickets to/from Egypt was stopped, the passenger traffic has almost dried up.

Earlier on Friday, Aeroflot” reported that suspends the communication with Egypt from 1 December 2015 to 27 March 2016. “due To the ban of the Russian aviation authorities on the air transportation of passengers in Egypt “Aeroflot” from November 6, 2015 has been transporting passengers exclusively in one direction: from Egypt to Russia. The planned gradual reduction of the flight program and temporary suspension of flights between Moscow and locations in Egypt until the end of the winter schedule (27 March 2016)”, – stated in the message of the company.