The cost of the construction of the complex will amount to 200 million dollars, or 12 billion rubles. Building height 202,6 meters is planned to construct on crossing of streets of Kalinin and Lenin in the city center. 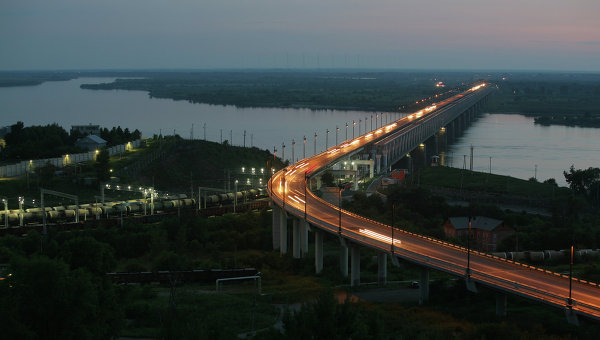 KHABAROVSK, 5 Nov. The building height of 202 meters will be built in Khabarovsk in 2018, it will be the first in the far East of Russia skyscraper, said at a press conference Thursday, the CEO of the client company construction LLC “Office-the center” Alexander Sidorenko.

According to him, the highest residential building in Khabarovsk is 75 meters, the Spaso-Preobrazhensky Cathedral reaches a height of 95 meters.

“The investor of the construction, we have not yet known, but the cost of the entire complex will cost $ 200 million, or 12 billion rubles,” — said Sidorenko.

According to him, the 52-storey building, 202,6 meters is planned to construct on crossing of streets of Kalinin and Lenin in the center of Khabarovsk. The complex will include underground Parking for 750 cars, and an underground tunnel, which will be traffic cars. The building will include cafes, restaurants, hotel — leading hotels of the world have announced their participation in the project. On the top floor — a sky bar with beautiful panoramic views.

Sidorenko said that a construction permit yet. “This building will be built definitely because it will be constructed on land that is owned. A building permit is given after the conclusion of the state expertise, we are confident that it will be positive. Until July, 2018 that the building will be finished together with all the surrounding infrastructure,” he said.

As announced at a press conference official representative of the project management “Skyscraper in Khabarovsk”, Professor at Seoul national University Jason Lee, who designed the skyscraper, the building is designed for wind loads and seismicity of 6 points.

“Every city has its own skyscraper, if Khabarovsk will build it, he will have his face,” said Lee.