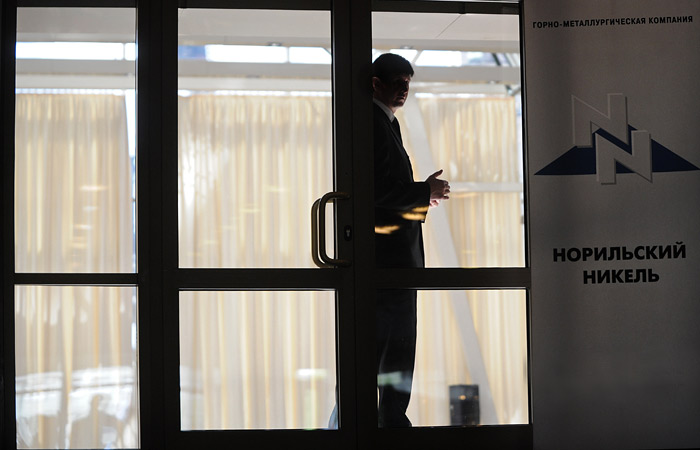 Moscow. November 12. The ex-wife of the head of Norilsk Nickel, Natalia Potanina filed in the Moscow city court appeal against the decision of Presnensky court of her lawsuit on the division of shares of Norilsk Nickel and Interros International Investments Limited, reported the press service Potanina.

In September Presnensky district court rejected the claim of Natalia Potanina to the former wife of Vladimir Potanin. Order filed the claim was the recognition of her 50% stake to Potanin in MMC, as well as half of the shares in Interros. Stake in MMC, which she tried to sue, Potanin planned to transfer to the government.

“Natalia Potanin continues to believe that 30% of Norilsk Nickel and Interros International Investments Cyprus Limited should be subject to responsibility as jointly acquired property, which appeared Potanins the couple during their 30-year marriage. Natalia hopes that the court will be more attentive to provide the documents, confirming that the branched structure of the Cypriot companies is Vladimir Potanin”, – stated in the message of representatives of the ex-wife of a businessman.

Rejecting the action for partition of shares in Norilsk Nickel, the court proceeded from the fact that formally, the Vladimir Potanin is not the owner of this package, was previously reported by Potanin in an interview with TV channel “Rain”.

Fylaktou and Joseph, according to the official documentation of Norilsk Nickel and Interros, are the ultimate beneficiaries of the Cyprus Interros International Investments, which was previously the “parent” for a number of subsidiaries that control a total of 30,41% shares of “Norilsk Nickel”.

Legal team of the ex-wife Potanin in the fall of last year began the legal process against structures “Interros” in Cyprus, trying to achieve the arrest of the assets. On 27 October last year the district court of Limassol refused to consider the claim to the structures of Interros, arguing that claims on the property of the businessman should be considered in Russia. The appeal on the decision side Potanina refused, focusing on litigation in the Presnensky court.