MOSCOW, November 13. The Federal tax service (FTS) Russia has acceded to the claim about bankruptcy of airline “Transaero”, which Sberbank filed on October 19.

It follows from the materials published on the court’s website.

The lawsuit was filed on Wednesday, November 11.

Claims for recognition of “Transaero” the bankrupt also gave VTB and Alfa Bank, “VTB Leasing” have filed claims for the recovery of arrears with Transaero.

The situation with Transaero airlines

Transaero is the second largest airline in Russia and the main Charter carrier with the deterioration of the economic situation in the country and the increase in the exchange rate began to experience financial difficulties. 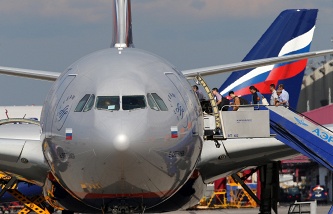 In particular, the company has been unable to provide its activity and to repay the debt. The government originally discussed the option of selling 75 per cent stake of the airline “Aeroflot”, expecting that the largest carrier will be able to improve the company. However, the holders of shares of Transaero airlines at the time did not collect the stake and pulled the offer.

Eventually, the company went to bankruptcy: banks are pessimistic about the return of its funds. The carrier itself is lost the operator’s certificate on October 16. Also discussed option of selling control in Transaero shareholder S7 Vladislav Fileva, but the deal fell through.

Total debt of “Transaero” to creditor banks together with leasing is about 250 billion rubles. Among the major creditors of the airline was called Sberbank, VTB, VEB, Gazprombank, credit Bank of Moscow, Novikombank, Bank “Opening” and IFC.