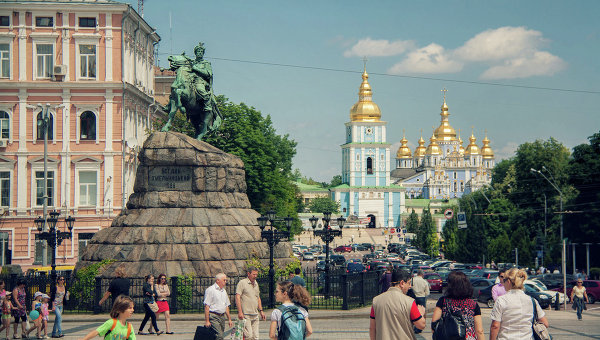 MOSCOW, 13 Nov. The Russian side may declare a default of Ukraine, if Kiev makes payment on the bonds for three billion dollars, said Finance Minister of Ukraine Natalie Jaresko.

“If we don’t make the payment — Yes. But I think it is too early to think about what we will do, what they are. It would be speculation to ours and from their party. We are preparing for all possibilities,” Jaresko said on air “the Fifth channel”, answering the question about Russia’s ability to declare a default of Ukraine in case of nonpayment of debt.

According to her, at the moment Ukraine can not make a payment because it has clearly defined the parameters of possible payments on the IMF programme. The head of the Ukrainian Finance Ministry also stressed that they are ready to meet with his Russian counterpart to discuss the issue of restructuring.

“I’m ready again to meet with the Minister of Finance, I was told that they would like us to invite another such meeting after the meeting “big twenty” in Antalya, and I’m ready for such an open dialogue,” said Jaresko.

Ukraine has the risk to prevent a default on Treasury bonds Russia to three billion dollars, the maturity date of which occurs in December. Bloomberg on Tuesday, citing a source reported that Russia is seeking options to block the next tranche of the IMF, if the default will be allowed. However, officials of the Russian Federation spoke about this possibility. So, the Minister of Finance Anton Siluanov didn’t exclude that Russia can exercise its right to sovereign borrowers and to require the Fund to recognize funding programme of Ukraine is untenable.

The Ukrainian government treats the debt to Russia in three billion dollars as commercial, as it was formed as a result of redemption of bonds to the Irish stock exchange. However, according to the rules of the IMF, the tool in this case is irrelevant. The status of the debt qualifies for the purchaser. Now according to the rules of the Fund, the sovereign debt default stops the programme of assistance for the application of a creditor.

Ukraine actually tries to equate the Russian debt to other commercial debts, which were purchased on the market at a discount up to 40%. The offer from Ukraine, which Russia refuses to discuss it, involves a credit for 20% less, and some years after completing the program of IMF financing. Meanwhile, Russia has bought bonds of Ukraine at full price, low, market, using its own reserves from the national welfare Fund.