Russia plays a significant role in the foreign policy agenda of Nagorno Karabakh, the President of the unrecognized Nagorno-Karabakh Republic Bako Sahakyan. The Karabakh leader also noted the importance of further development of relations with the Russian side. 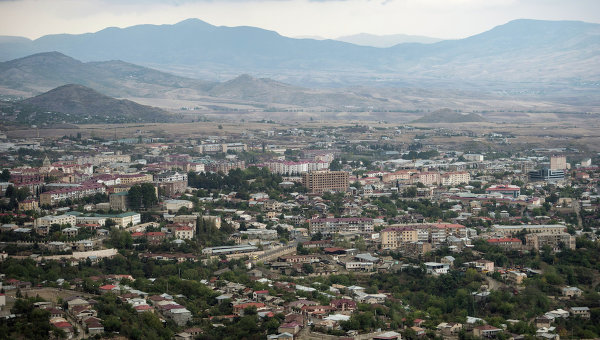 YEREVAN, 12 Nov. Hamlet Matevosyan. The Russian Federation occupies a special place in the foreign policy agenda of Artsakh (the self-name of Nagorno Karabakh), said on Thursday the President of the unrecognized Nagorno-Karabakh Republic Bako Sahakyan at a press conference in Moscow.

Sahakyan touched upon themes relating to the process of state-building, socio-economic development of the NKR’s foreign policy and answered the questions of journalists.

“The Russian Federation takes a special place in the foreign policy agenda of Artsakh, which includes a wide range of historical, cultural, geopolitical and human relations”, — quotes the words of Sahakyan’s press service of the NKR President.

Karabakh leader noted the importance of such linkages, describing them as useful for the development of bilateral relations, to obtain objective information about the NKR and the establishment of practical contacts.

Since 1992 negotiations on peaceful settlement of the conflict within OSCE Minsk group. Azerbaijan insists on preserving its territorial integrity, Armenia protects interests of unrecognized Republic, because the NKR is not a party to the negotiations.